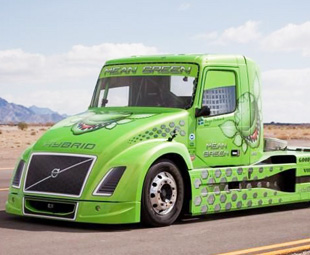 Volvo’s Mean Green, the world’s fastest hybrid truck, has broken two world speed records on Goodyear tyres. The green monster, driven by its owner Boije Ovebrink, recently smashed through its own international records at the Wendover Airfield in Utah, in the United States of America.

During the flying kilometre, where drivers get a small distance to gain speed before beginning the run, the Mean Green topped its original speed with 236 km/h and for the standing kilometre, which is done from a standstill, the truck achieved 153 km/h.

“We are very pleased with the Mean Green’s performance, especially at such a high altitude,” says Ovebrink. “We knew Wendover would present challenges because it’s more than 4 200 feet above sea level.”

Tyres capable of withstanding the stresses involved are essential, which is why Goodyear worked closely with Volvo on the project. The hand-built drive axle tyres are based on the 495/45R22,5 Marathon Long Haul Drive truck carcasses, while truck racing tyres fit the front axle. Both are capable of withstanding enormous torque and speeds. 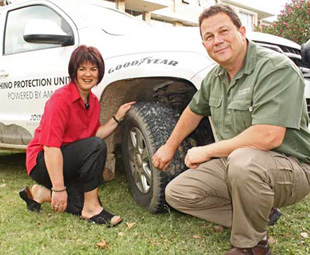 Both locally and internationally, Goodyear tyres have been the choice for various projects and initiatives. Goodyear Wranglers have once again been chosen for six Amarok bakkies, sponsored by Volkswagen Commercial Vehicles, for the Forever Wild Rhino Protection Initiative team.

This is the second year the tyre manufacturer is sponsoring the rugged, high–performance 4x4 tyres to give the anti-poaching teams the advantage when patrolling the country’s nature reserves for possible threats.

According to Matthew Norval, Wilderness Foundation’s conservation director, the rangers from the Forever Wild Initiative made a specific request to have Goodyear Wranglers fitted to the vehicles.

In 2012 the initiative and its supporting teams were involved in the arrest of over 30 suspected poachers. They also took part in dedicated park patrols, several rhino notching exercises and the translocation of a number of rhino for safety reasons. 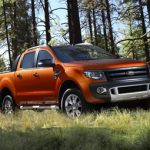 Prev More range for the Ranger
Next Serious about the seatbelt! 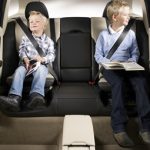