Serious about the seatbelt! 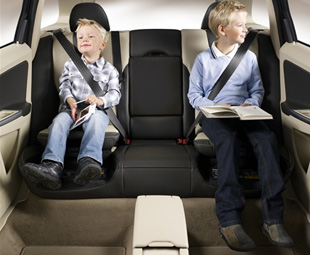 Road safety has been on our minds a lot lately. The accident statistics publicised after the festive season came as a shock – revealing that most South Africans don’t take road safety seriously.

Two weeks ago we reported on Volvo’s efforts to get truck drivers to go back to road safety basics, by simply wearing a seatbelt. And now it seems that, in the United Kingdom, a combination of the driver and passenger seatbelt law and a range of proactive safety campaigns is having a positive impact on reducing fatalities. Perhaps it’s about time South Africa followed suit …

The law requiring all UK drivers to wear seatbelts came into force thirty years ago on January 31, 1983 – marking three decades of seatbelt use at the end of last month. Car manufacturers have had to install seatbelts since 1965 but the law requiring drivers to wear them did not come into force for another 18 years. In 1991 the law changed again, making it a legal requirement for passengers in the back of cars to wear seatbelts.

London Road Safety Minister, Stephen Hammond, says: “Thousands of lives have been saved and countless injuries prevented over the years because drivers and passengers have been wearing seatbelts.” He adds: “The combination of effective enforcement and hard-hitting public awareness campaigns means that, thirty years on, the vast majority of drivers and passengers buckle up when they get into their cars.”

Hammond says that although the law has made a huge impact, there are still some people who don’t use a seatbelt and his message to them is simple: a seatbelt could save your life and to not wear one is just not worth the risk.

The UK government encourages safer driving through its THINK! Campaign which seeks to reduce the number of people killed or seriously injured in road accidents by providing high-quality, clear road-safety advice for everyone who uses the roads.

South Africans have a bad attitude towards obeying the rules of the road and Hammond is right – a combination of effective policing, road safety campaigns and the law is a recipe for success when it comes to reducing road fatalities. If only our government had this attitude too. 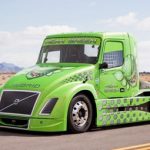 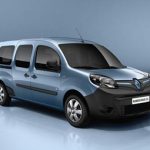