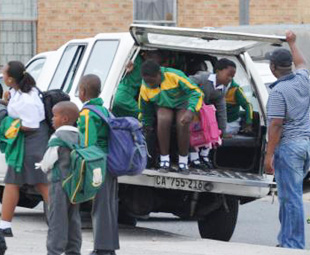 On Friday, November 11, the Minister of Transport promulgated amendments to the National Road Traffic Regulations that are particularly pertinent to those who operate goods vehicles.

First, Government Gazette 40420 of November 11, 2016, amended Regulation 250, which previously forbade the conveyance of persons for reward in the goods compartment of bakkies in its entirety, reads as follows:

No person shall on a public road convey school children in the goods compartment of a motor vehicle for reward.

“It is not clear how school children will be accommodated in rural areas with poor quality roads, which are inaccessible to buses, minibuses and the like,” comments Howard Dembovsky, national chairman, Justice Project South Africa.

The second regulation, which was inserted was sub-regulation (iv) of Regulation 293, has, with immediate effect, imposed a vehicle class-specific speed limit of 100 km/h on goods vehicles with a gross vehicle mass (GVM) or gross combination mass (GCM) which is greater than 3 500 kg as follows:

(bb) a combination of motor vehicles consisting of a goods vehicle, being the drawing vehicle, and one or two trailers of which the sum of the gross vehicle mass of the goods vehicle and of the trailer or trailers exceeds 3 500 kg, but does not exceed 9 000 kg.

The vehicle class-specific speed limit of 80 km/h – applicable to goods vehicles with a GVM or GCM of more than 9 000 kg, and a breakdown which is towing another vehicle – remains in force.

“Fleet owners who operate goods vehicles, which fall under the criteria above, are advised to inform their drivers that this amendment has taken place and that no ‘grace period’ exists, since these provisions became effective on November 11,” Dembovsky concludes. 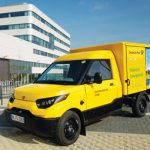 Prev Too little, too late?
Next FOCUS editor is Commercial Vehicle Journalist of the Year 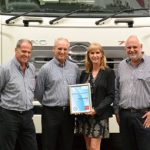