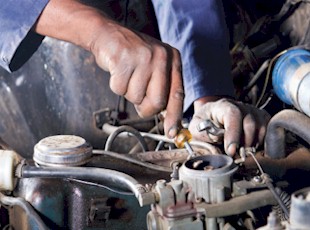 The lack of skills development in the South African motor industry has reached a critical level – and industry is no longer willing to accept the situation. NADINE VON MOLTKE finds out how industry is planning to make a difference.

“In South Africa, the vision and the reality of technical education are two different things,” says Johan Bisschoff,
founder of Lelethu Training. According to Bisschoff, there are huge gaps in the current system that need to be addressed if the motor industry has any hope of raising the current skills level.

“Somewhere along the line we have lost sight of what skills development actually means,” explains Len Whiteley, RMI’s training manager. “The focus is on passing trade tests rather than on competency, on holding a degree rather than having a set of skills. Skilled technicians are the lifeblood of an industry, not empty certifications.”

Funds are vital to the success of any training process. Education costs money, as this month’s article on TETA clearly demonstrates (see pages 34 – 38). However, all the money in the world will not produce good technicians if the system is flawed.

“The point of technical colleges is that they are technical,” emphasises Whiteley. “They have traditionally been separated from academic schools in that students gain the relevant technical qualifications to become technicians and artisans. They do not receive a matric equivalent. This has changed, and the result is a flawed system and a severe lack of skills.”

“The problem is that, where FET schools used to start a student on his path to becoming a technician, the academic influence that has entered these schools means that a student who has completed his matric equivalent still needs to start college at an NQF 2 level,” says Whiteley. “It’s a waste of time and it completely misses the point of having technical colleges in the first place.”

The result is that kids leaving matric who are ready to start working now have to spend a further three years studying before they are qualified – a period during which they are not earning a pay cheque. Many choose to enter the working world instead, and the result is an influx of unskilled and under-qualified ‘trainees’ into the motor industry.

Charles Kemp, technical training manager at Ford Motor Company in South Africa, comments: “As dealers and manufacturers we want to employ skilled technicians who only require plant-specific training. We do not want to start from scratch. Unfortunately, this is often unavoidable as the skills level currently available is so low.”

Another problem is trade tests. “Trade tests should be proving competency. They should not be a qualification in their own right,” insists Whiteley.

“An apprentice should spend four years training, studying and getting good practical experience at a dealership,” he continues. “Trade tests should be markers of how their skills development is progressing.

“Instead, there are pre-trade test schools designed to teach students how to pass the trade tests without necessarily having the competency levels that the trade test is meant to prove. First-year apprentices are applying for tests they should not be taking until their fourth year, and they are passing! They are getting empty qualifications sanctioned by the Department of Labour (DoL). These aren’t technicians capable of adequately performing their duties, and the overall level of skills suffers.”

Enter Lelethu Training – established in 2007 by education entrepreneurs Johan Bisschoff and Sandile Swana as a bridge between business, government and training institutions.

“We wanted to find a way to change the level of South Africa’s technical education,” explains Bisschoff. “Industry colleges receive funding, but they are under-utilised.”

As Whiteley has pointed out, they are more than under-utilised – the entire system is ineffectual. And who bears the brunt of an ineffectual system? Industry.

“The basic concept of any training or educational system is that skills empower an industry which ultimately empowers the economy,” says Bisschoff. “However, if industry does not have access to these skills, the system collapses.”

Skills are not only about initial training either, but also the ongoing development of skills and competencies, and who better to say what industry needs than industry itself?

The RMI, Ford, Hino and Lelethu are therefore working together to not only raise the bar at FETs in South Africa, but to actually change the system within these colleges.

“By recognising what the motor industry needs we can shift the paradigms within these institutions,” explains Whiteley. “If something is outdated, get rid of it. Force the DoL to tighten qualification standards through industry demands. Most importantly, though, bring technical colleges back to a technical base.”

Unfortunately, while industry is well aware of the importance of skills and the vital role it needs to play in the process, prior attempts at funding FETs have not brought the desired results.

“Industry has burnt its hands working with FETs in the past,” explains Kemp. “We pump money into training only to discover it is useless and that we are not receiving skilled technicians from the programme. We want to be involved, but it’s a matter of how best to do so.”

Lelethu’s solution is a simple one. The company, together with industry specialists, identified a handful of performing FET colleges around the country. Lelethu’s role is to facilitate the training taking place at these colleges by working between industry and the Department of Education.

“We advise on how courses should be run, we provide funds and equipment through industry support and we ensure that students are placed in dealerships for their practical training,” explains Bisschoff. Lelethu achieves this through close cooperation with government and the industry. A pilot project at an FET college in the Pilanesberg region will soon show if the system is working.

Hino and Ford have donated truck and automotive engines to the college, and each manufacturer’s dealerships have agreed to take on students for their practical training.

“Industry’s involvement is the most crucial ingredient in the success of these projects,” reveals Bisschoff.

“Industry’s input has so far been limited in terms of how training is conducted and qualifications issued. It should be the other way around – industry should be setting the standards and the training colleges should be meeting them. Through facilitating the whole process, we hope to achieve this.”

According to Kemp, one of the biggest problems has been accreditation. “Dealers need to be accredited,” he explains. “These accreditations are earned and maintained through continuous training and proof of competency. If we cannot prove that competency because the certifications associated with training are not recognised or respected, we cannot maintain accreditations.

“Individual dealers also do not have the time to train their technicians themselves – they need an outside body that is capable of performing this function.”

Through industry support, Lelethu hopes to fill this gap. “What we need is a certified and respected system that doesn’t try to cut corners, but would rather foster true up-skilling of the industry,” concludes Whiteley. “The goal is certainly achievable, particularly if government and industry can work together.” 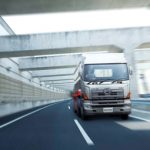 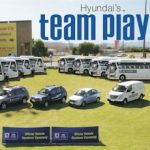