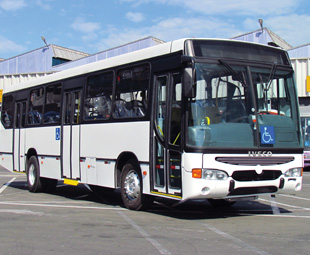 Iveco SpA, the specialist manufacturer within the Fiat Industrial group, is making an aggressive move into the South American bus market.

A new business unit within Iveco Latin America will progressively introduce and manufacture a full range of bus and coach chassis to join the company’s existing range of trucks. Engineering work is being undertaken by Iveco’s Centre for Product Development in Brazil using a combination of local expertise and the Iveco family’s own proven global technology. Production for Brazil will be undertaken locally, while the other Latin American markets will draw their products from Iveco’s plant in Argentina.

Iveco launched the new bus chassis that will spearhead this drive at FetransRio 2012 last October. Designated S170, the 17-tonne gross vehicle mass (GVM) front-engined chassis is powered by a Euro 5-compliant 6,7-litre NEF6 engine developing 210 kW (280 hp). More than 50 units have been produced, bodied and placed in service with Brazilian operators to prove that the required standards of reliability and fuel efficiency have been built in. It will become commercially available during the second quarter of 2013.

Although very little in the way of technical specification detail has been published as yet, it’s interesting to note that Fiat sold a similar product in South Africa as far back as the early 1970s. Originally designated 643E, it had become the 331A by 1972, when the specification included a 149 kW (200 hp), 9,8-litre engine, five-speed synchromesh transmission, double-reduction rear axle and 15-tonne GVM rating. Many were sold over the following decade to PUTCO, the United Transport group, and private operators in the Durban area. In view of the persisting South African demand for front-engined bus chassis, it’s likely that Iveco will offer this Brazilian-sourced vehicle in SA.

Iveco also plans to evaluate diesel and CNG-fuelled versions of the Eurorider rear-engined chassis in Minas Gerais to prepare for Brazilian market entry. Its South American bus marketing campaign has already begun with the Daily-based City Class range. Configured for midibus bodywork with the entrance located behind the front axle, target applications include school, touring and charter/executive duties. The models are available with GVM ratings of seven and eight tonnes. The technical profile includes a three-litre Euro 5-compliant dual stage common-rail diesel sourced from Fiat Powertrain Technologies, ZF six-speed transmission with dash-mounted shift lever, hydraulic-pneumatic brakes, and wheelbase lengths of 3,75 metres, 3,99 metres and 4,35 metres, the latter permitting the conveyance of up to 36 scholars.

City Class models are distributed through 109 Iveco dealerships in Brazil, and supplied ready to use with bodywork manufactured by Marcopolo subsidiary Neobus. Standard equipment includes an onboard computer, immobiliser, tachograph and cruise control, while air suspension is an optional extra. Originally launched in 2010 in seven-tonne GVM school bus configuration only, with 4 000 unit sales by November 2012, the recent additions to the line-up and expansion in market coverage should lead to considerably higher sales volumes. 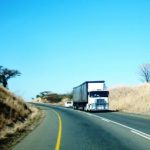 Prev Harrismith horror story!
Next What to look for when choosing a new truck 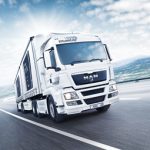