Just a breath away

The fight against drinking and driving has been thrown further into disarray by a recent decision by the National Prosecuting Authority to provisionally withdraw all drinking and driving cases that rely on evidence generated from Dräger ‘evidentiary quality’ breathalysers.

The problem is not really the Dräger devices themselves, but rather sections 65.5 and 65.6 of the Road Traffic Act which permit conviction solely on breath alcohol levels. These were enacted as a ‘solution’ to an historic problem: the repeated collapse of prosecution cases for reasons related to incorrect procedure when motorists have blood samples drawn for the purposes of measuring Blood Alcohol Concentration (BAC). These problems include failure to draw blood timeously, failure to secure the chain of evidence, and long backlogs in state laboratories.

However, there are unanswered questions about the correlation between breath alcohol levels and actual BAC, especially given the large variances in humans’ ability to metabolise alcohol. And then there’s the issue that one may have high breath alcohol levels without having a drop of alcohol in one’s bloodstream.

Imagine you are stopped and breathalysed shortly after using a mouthwash or having a dose of cough syrup. Since alcohol is an ingredient of many such products, you might soon find yourself facing a magistrate trying to argue that your BAC was, in fact, zero, while the prosecution has a printout from an evidentiary quality breathalyser saying that you were twice or three times over the legal breath alcohol limit. In the absence of a blood test there is no way for you to prove otherwise and you will be convicted despite not having any alcohol in your bloodstream. This is fundamentally unjust, and the use of breath alcohol levels as anything more than a screening tool sacrifices judicial integrity for ease of prosecution.

Little wonder that public confidence in such prosecutions has been severely dented, with a Dräger case having already been thrown out of a KwaZulu-Natal court and other challenges to Dräger-based prosecutions under way elsewhere. Despite this, I have seen it contended that evidentiary breath alcohol measurement is justifiable simply because it is used in other countries, but I can’t buy that. Why should South Africa allow a prosecution method based on a flawed principle that may result in sober drivers being convicted unfairly?

I think South Africa should take the lead in removing such legislation from our statute books. Indeed, I have increasingly come to believe that we should remove all alcohol limits, breath and blood – they have shown no deterrent value and their only contribution in the past 30 years has been to increase the complexity and cost of prosecutions while creating a market for laboratory tests and breathalysers. Simultaneously, road deaths have reached an all-time high and drunk driving has become an epidemic.

We should instead focus on the most important aspect: individual driver impairment. Through involvement with several drinking and driving experiments, I have seen first-hand that some people can continue to drive perfectly well at blood or breath alcohol concentrations considerably in excess of the legal limits, while others have the proverbial ‘two beers’ and can barely stagger, let alone drive. My belief is that we should base prosecutions on video records of proceedings at the scene of roadblocks, and focus on arresting drivers who are clearly impaired and charging them under Section 65.1 (“driving under the influence”). That will make the cops’ jobs a lot easier. It would also allow for the NPA to present irrefutable evidence of driver impairment to the courts, to stop people who drink until they’re a danger on the roads from escaping conviction on a technicality. 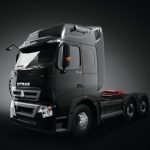 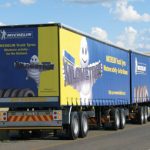