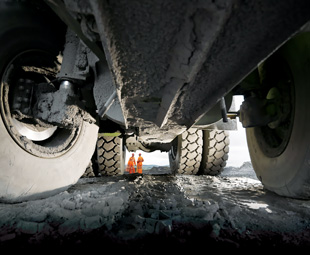 Increased raw material costs, cheap imports, and a host of other factors are keeping the South African tyre industry on its toes. JACO DE KLERK reports.

“Escalation of raw materials costs” – something no one, in any industry or public sector, wants to hear. These words, unfortunately, are a reality – despite the bad taste they may leave in your mouth. And with the rubber price hikes earlier this year, reality sure did hit the tyre industry hard.

The Association of Natural Rubber Producing Countries (ANRPC) has estimated a world total of 9,95 million tonnes for the production of natural rubber this year, a 4,9% increase from the 9,49 million tonnes of last year. This forecast is surely good news for the members of the ANRPC, which include Thailand (the largest producer among these countries), Indonesia, Malaysia, India, Vietnam, China, Sri Lanka, the Philippines and Cambodia. In total, they control about 92% of the global supply.

Despite this, the supply of natural rubber is still under pressure, which can be attributed to a shortage of production in Thailand, which was plagued by extremely dry weather (although, at the time of writing, it seemed flooding may now become a problem). Jom Jacob, senior economist at ANRPC, states that natural rubber prices surged to a record level of more than $3.50 (R27,24) per kg recently. According to Jacob the price surge of natural rubber came on the back of prolonged drought in northern Thailand due to the prevailing El Nino phenomenon in parts of Asia.

This rise in natural rubber prices is also adding pressure to the already tight synthetic rubber market. According to the global Chemical Market Intelligence Services, feedstock butadiene prices have climbed by more than $200
(R1 556,58) per tonne over the last few months to around $2 000 (R15 565,75) – $2 050 (R15 954,89) per tonne, including freight.

Another reality is that manufacturers which are dependant on these commodities, particularly tyre producers, will have to lift their costs as the price for synthetic and natural rubber rises.

But raw materials aren’t the only factor to hit the tyre industry and other elements may also play a part. Wayne Nicholson, national sales manager of commercial tyres for Goodyear South Africa, identified steel (used in steel belt radial tyres), oil, carbon black (used as a pigment and reinforcement in rubber products), labour costs and currency fluctuations (especially where tyre imports are concerned) as other determinants of tyre prices. 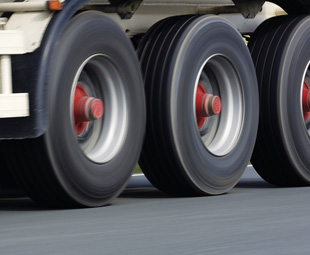 Tony Burns, general marketing manager for Max T Solutions, stressed the importance of electricity in the tyre manufacturing process. Electricity costs have rocketed by 160% between 2007 and 2011, while the Consumer Price Index has risen by only 25% in the same period. The price of water has also increased, which could influence the price of tyres as it is used to cool machinery during the tyre manufacturing process.

Furthermore, margins for the South African tyre manufacturers and, indeed, for the global tyre market as a whole, remain under pressure due to the continued influx of cheap imported products. “It drives the cost to a point where the SA industry is questioning the viability of local manufacture,” says Burns. This influx of tyres – brought in from China and India – led to a request from the National Union of Metalworkers (NUMSA) for an increase in tyre import duties for South Africa.

Safety concerns are also a problem, since the quality of imports, especially with reference to their width, are sub-standard. Consumers do not seem to realise the danger of imports and usually the price tag is the only factor influencing the sale.

According to Etienne Human, chief executive and president of the South African Tyre Manufacturing Conference (SAMTC), imports of commercial tyres between 2000 and 2010 grew from 200 000 to just under the 840 000 mark. China’s tyre production far outweighs that country’s local demand, and so tyre dumping has become a necessary evil for them.

“In tough economic periods like we have experienced over the last few years, the impact is more severe due to aggressive pricing which suits the hard-pressed consumer’s budget,” says Nicholson. “As the economic situation changes in future, the impact will subside and quality and service will again become the main purchase criteria for the consumer.”

Goodyear South Africa manufactures, on average, 80% of its tyres locally and imports the other 20% from Europe and the United States. According to Nicholson, it is financially viable to manufacture locally as long as you contain costs effectively, continually improve and adapt your way to market, and deliver service beyond that of your competitor.

Another local tyre manufacturer, Max T Solutions, produces Bridgestone and Firestone products. Like Goodyear, it also imports – in this case from Japan, Thailand and Europe.  According to Burns the financial viability of Max T’s local manufacture is borderline due to cheap Chinese and Indian imports, and may prove detrimental to South African manufacturers as a whole.

Like Romeo and Juliet, the tyre industry will always have a relationship with vehicle manufacturing. The global production of vehicles was 77,9 million in 2010 and, while this may make South Africa’s production of only 472 000 units look inferior, our industry still grew by 26% between 2009 and 2010.

This could be due to the massive growth in exports of fully built-up vehicles (239 465 in 2010, with an expected 300 000 units this year). From 2000 to 2011, local production improved by 59%, while progress in global production was limited to only 35%. The export of vehicles from SA also improved by a mammoth 343%, while component exports were up by a notable 186%. These statistics could paint a pretty picture for the future of tyre manufacturing in South Africa, especially with regard to export models which are fitted with local tyres.

But, as Nicholson pointed out: “The future will always be unpredictable and new players will continually enter the market. However, there will always be a place for local manufacturers which provide quality tyres and excellent service in the South African market.” Burns says the market will not die, but will be severely affected if the continued increase in cheap imports is left unchecked.

So, it seems that the future is hopeful, but reliant on the possible regulation of imports by an increase in import tax.

Michelin’s fab four
According to Alexandre Hennion, marketing manager of Michelin Tyre Company South Africa, the “4 life” package – which offers significant added value to the transporter – translates into a much lower cost per kilometre versus that of competitors.

He explains that the first element of the package relates to the “first life” of a Michelin tyre, which begins with the initial investment into the technologies and casing of the product. “This provides safety, mileage, life span, robustness, retreading and cost per kilometre (CPK) optimisation – all of which depend on the quality of the casing. The Michelin casing is an asset to the end user with the best ratio of retreadability in the market. This casing is at the heart of business for end-users and retreaders,” he says.

The “second life” of the package relates to the tyre’s ability to be regrooved. ”Regrooving consists of regenerating the tread-pattern from the existing under-tread of the tyre. Michelin tyres are specifically designed with an under-tread that is thick enough to allow for high quality regrooving without affecting the strength or toughness of the crown block or casing. The undertread is the same mileage-achieving compound that is found in the beginning of the tyre’s life, and the service is thus prolonged by 25% and fuel consumption reduced by 6%,” he explains.

A common concern about regrooving is its legality, but Hennion stresses that regrooving conforms to South African legislation. The “third” and “fourth” stages refer to retreading,  with RECAMIC (the brand name for Michelin retreading technology).

“Completing the 4 life package, Michelin manufactures a range of retread patterns under the brand name RECAMIC. RECAMIC treads are made with the same compounds and patterns as the ones used for new Michelin tyres, resulting in at least 80% of the mileage potential of new tyres. This ultimately leads to the achievement of the lowest CPK for retread tyres,” notes Hennion.

In conclusion, Hennion stresses that Michelin is a premium tyre product. “But it is crucial to note that, while the initial prices are more expensive than that of other tyres, the CPK saving is greater. Good tyres have an impact on a company’s bottom line, and Michelin’s 4 life package aims to reduce CPK due to the option of rejuvenating its tyres,” says Hennion.

The biennial show returns to the Sandton Convention Centre from 6 to 8 March next year, and show organiser ECI International has confirmed the opening of its online registration service at www.eci-international.com.

“We know that many of our visitors plan their schedules well in advance, so we have opened the pre-registration facility six months before the exhibition takes place,” says ECI managing director, Paul Farrant.

ECI has also confirmed that exhibitor interest in the show is running at record levels, with three-quarters of the floor space already sold out.

“We’re delighted with the response received from both domestic suppliers and international companies. From such a strong position, we are very confident of achieving a record number of exhibitors by the time the exhibition opens next March,” adds Farrant. 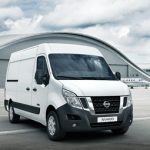 Prev New van season in Europe
Next What a show!