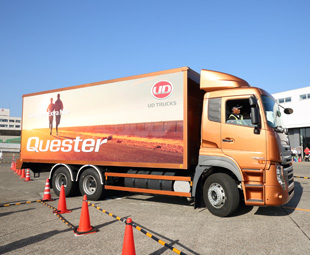 UD fleet driver, Alfred Ngilo from Clover in KwaZulu-Natal, was named the Best Skilled Driver at the finals of the UD Extra Mile Challenge driver competition – which was held at the UD Experience Centre in Ageo, Japan.

Although Ngilo didn’t win the overall title, he won the local leg of the competition earlier this year by outperforming 20 other participants, which resulted in him participating in the finals in Japan.

“Through this competition we aim to help enhance driver capability and reinforce confidence in their own abilities, but also in the UD Trucks products that they drive every day,” says Gert Swanepoel, acting vice president of UD Trucks Southern Africa. “We are very proud of Alfred’s fantastic performance – he certainly was a great ambassador of his company and his country!”

The competition is aimed at improving driving skills and reducing both costs and downtime and is based on three key elements: pre-inspection, fuel efficiency and safety, and drivability.

Kishi Nobuhiko, UD Trucks senior vice president of Brand and Product, comments: “The Extra Mile Challenge is not just a driving competition, but it also provides a great opportunity for drivers to test and hone their skills, refine their strengths and ‘go the extra mile’.”

During the competition, drivers using the same UD Quester model, had to compete in a simulated transport delivery cycle, and subsequently the winning team from Malaysia delivered the highest profitability statistics. 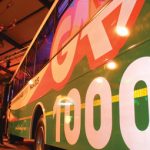