The first results in the WesBank-sponsored Focus on Excellence Awards programme prove beyond a doubt that the concept of loyalty is alive and well. “Transport operators only buy on price. Sure, they take service and parts support into account. But price is the overriding factor.” If I have heard a comment like this once, I have heard it a thousand times. And, guess what? That’s not always true, as the Focus on Excellence Awards reveal.

This year, instead of just asking respondents which company or product was the best, we also asked them to explain why.

Early indications are that loyalty plays a surprisingly important role. Of course, we are seeing reasons such as “good service”, “product quality”, “reliability” and “price”. But loyalty is cropping up regularly. “I am voting for this company because they did not pull out of the country when we needed them most,” one respondent noted.

Watch this space for more information – the Focus on Excellence Awards programme promises to yield some fascinating data this year.

Astute FOCUS readers will have noticed that Iveco’s sales figures have been somewhat less than sensational and there have been mutterings about the company’s demise. I am delighted to quash those rumours once and for all. Eddy Chvatal, managing director, and Eamonn Parker, the newly appointed network and marketing manager at Iveco SA, have explained that this is all due to a revision in the company’s reporting procedures.

The majority of the vehicle manufacturers report their sales to the National Association of Automobile Manufacturers of South Africa (Naamsa). Naamsa collates and then releases sales figures on behalf of the entire industry.

At the beginning of this year, Iveco decided to report sell-out sales to Naamsa instead and, had the market recovered and remained buoyant, I probably would not be writing this article right now.

But that didn’t happen; the market collapsed, shedding up to 50% of its volume.

As a result, Iveco suddenly had masses of commercial vehicles in stock. This has meant that the company is now selling vehicles that have already been reported as sales to Naamsa.

Chvatal and Parker concur that the situation will “normalise” by the end of the year.

In the meantime, they have to live with a situation whereby their current sales figures convey an inaccurate picture to the marketplace.

The duo tells FOCUS that the company is doing relatively well. In June, it would have notched up a 4.2% year-to-date share of the over-3.5 t GVM market (had many of the units not already been reported to Naamsa last year). Official Naamsa statistics paint a very different picture: a mere 1.1% share over the same period.

“In certain sectors, our performance is almost four times better than what Naamsa is reporting. For instance, our year-to-date share of the medium commercial vehicle market is really 7.8%,” says Parker. Official Naamsa statistics give Iveco a 2.2% share.

Adds Chvatal: “This doesn’t mean that everything is rosy. It is a crisis. But we are doing less badly than other manufacturers. In volume terms, we are down 39.5%, versus the 48.2% that the market is down.”

Chvatal notes that the Fiat Group reported a trading profit in the first semester of 2009 – nothing short of a miracle in this economic climate. Iveco has managed to produce a profit of €18 million (R205 million) this year, and Iveco South Africa is also profitable. “We are doing well on the bus side of the business and our parts turnover is also up. Our target  for the latter is 15% growth over last year and we are on track to achieve that.”

Export markets are healthy. In recent months, Iveco received an order for 48 trucks from Malawi, there are orders emanating from Angola and the DRC while Kenya and Tanzania are showing growth. “We are starting to sell in Rwanda, Burundi and Zambia and are expecting good results from central Africa,” Chvatal adds. Military sales are also good, especially in Tanzania.

According to Parker, this is thanks to good working relationships with local experts. “The key to our success in the export markets is the fact that we are working a lot closer with our dealer partners.”

Chvatal and Parker concur that 2010 will be even better. “We are predicting up to a 7% increase in medium and heavy commercial vehicle sales, while extra heavies will be flat,” says Parker.

“We are here and we are here to stay,” Chvatal stresses. Adds Parker: “Our performance is a lot better than is commonly believed.”

I am sure Iveco’s dealers and customers will be very relieved about this.

Many companies are understandably hysterical about plummeting vehicle sales. However, we seem to forget that we are facing an even bigger crisis: a lack of skills.

One of the primary factors contributing to this shortage is a lack of career guidance at schools. Most school leavers assume that career prospects in the transport and automotive industries are limited to that of a diesel mechanic or driver. What is desperately needed to remedy this current misconception is a focused, user-friendly annual guide to the fascinating world of wheels.

Enter Edutrans, Charmont Media’s brand new guide to the wonderful world of wheels. This guide will be distributed at schools; we want to target high school learners who are on the verge of contemplating their projected career paths.

The reduced vehicle sales are, of course, cause for concern. However, we all know that this is a cycle – the sales will bounce back.

The skills crisis, however, is never going to be averted, unless immediate action is taken. Hino South Africa has already announced that it will support Edutrans. We hope that the rest of the industry will join us in this project too. 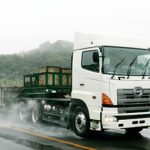 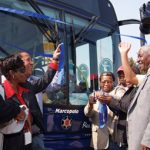