Major bus revolution about to start 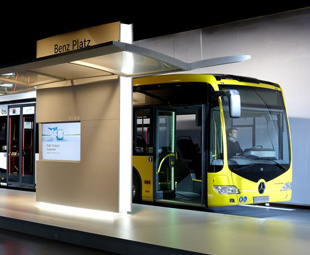 It’s taken four years and R300 million, but Europe now has a blueprint for the bus system of the future – and celebrated with an all-day event in Brussels on Monday.

The highly anticipated results of the European Bus System of the Future (EBSF) project were released in Belgium on Monday, October 15. The event marked the culmination of a €26 million initiative aimed at developing a new generation of urban bus systems for European cities.

Through a unique approach that involved defining the bus system as a whole, rather than looking just at the vehicle, the EBSF team set out to achieve major advances in the design not only of vehicles but infrastructure and operations as well. Key areas of attention included optimising ergonomics for driver comfort, improving modular internal and external bus layout, increasing passenger capacity, and introducing strategies for energy management and onboard energy efficiency.

The project, which aims to improve perceptions of bus transport, has provided a boost for European research and development in urban bus networks. The results will allow for the setting up of a framework for harmonisation and standardisation of the EBSF solutions.

EBSF project director Umberto Guida is confident that a sound foundation has been laid to take bus systems forward, enabling them to regain a firm presence in urban environments. 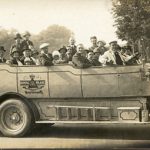