At the recent 2011 Annual General Meeting of the Institute of Road Transport Engineers, outgoing chairman Dai Davies announced that the institute intended to change the general old boy’s club perception of the institute in South Africa.

He said that the time had come for the institute to become far more proactive in working together with the Department of Transport and all the other related road transport government departments.

Davies said the institute members have a wealth of experience in technical matters that are associated with road transport and road Traffic Act Regulations and could play a much larger part in helping to find quicker solutions to the many problems that road transport operators and government are presently experiencing.

Joubert said the convention was opened by the deputy minister of transport, Jeremy Cronin MP. During his address Cronin had said he was in favour of the Road Freight Association members contributing towards helping the government find quicker solutions to transport related problems. However, he stressed he wanted well thought out and professionally presented solutions to problems to be tabled.

To gain a larger voice to lobby and assist the government in finding solutions to the road transport problems, surely the Road Freight Association and the Institute of Road Transport Engineers should work together and present one powerful voice in these matters? Especially as one of the RFA’s main concerns is transport labour matters while the IRTE’s main focus is on technical matters.

Davies and Joubert both spoke about the number of unacceptable road deaths in South Africa. They both felt that together with the members they could make a positive contribution in finding ways to curb the number of people that are annually killed and injured on our roads.

Joubert also spoke about the slow progress of some of the Road Traffic Act regulations that were under review. Of particular concern to his members were:

• The high-cubed container debate, which has now been ongoing for some time without any final decision being made on whether the overall height dimension for commercial vehicles should change

• The question of driving hour limits, which has also been discussed and debated for many years without any decision to curb the number of hours that a driver can safely drive in a given period

• The current Bridge Formula which many operators believe can and should be amended without causing damage to our roads and bridges.

In my opinion, I believe that there is a lot of merit in both these associations playing a far bigger role in assisting the minister to find the right solutions; I look forward to seeing some of our long-outstanding issues solved; and I urge everyone to seek ways to reduce accidents and fatalities on our roads.

One of this country’s most respected commercial vehicle industry authorities, VIC OLIVER has been in this industry for 45 years. Before joining the FOCUS team, he spent 15 years with Nissan Diesel, 11 years with Busaf and seven years with International. 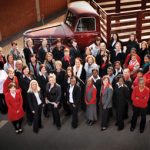 Prev Empowering women at all levels
Next Product shortage looms! 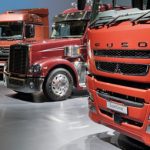