Of Glasgow and glaciers 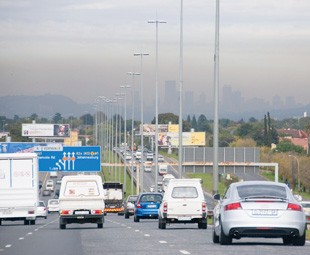 Most South Africans are looking ahead at 2017 with some trepidation. Added to state capture, downgrades, inequality and university fees, the lack of adequate public transport contributes to our problems in several ways; economically, socially and environmentally

More than three years ago, the first Hopping Off column referred to the lack of academic input in public transport. Now that universities are in the news, a comment from Scottish comedian, Billy Connolly, is appropriate: “The great thing about Glasgow is that if there’s a nuclear attack, it’ll look exactly the same afterwards.”

That makes me wonder: if all our universities were to close down tomorrow, and stay closed – how would it affect us?

One plus would be that thousands of shack dwellers could move into student accommodation. Some minuses … within a few months the lack of new doctors would force some hospitals to downgrade to clinics. Within a year or two, the lack of new teachers and engineers would cause schools and factories to start shutting down. More people may even be growing their own food.

My bet is that, whether our universities are open or closed, the passenger transport situation would be the last to change. In five years time, our traffic will still be moving at glacial speed.

Many people would still be driving – alone – to work, muttering to themselves about congestion, those awful minibus-taxis and why South Africa is taking so long to get out of junk status. During their journey they will be oblivious, as they are today, of the half-empty buses and minibus-taxis alongside them, inside which many of them should be travelling at that moment.

I don’t think that’s an exaggeration and, if we want to avoid that kind of future, it would help to start focusing on some issues that they don’t teach at Harvard University, let alone our local MBA schools.

Today, the average new motor car sale value is just under R300 000. Taking a lower value of
R120 000 per car, that gives us a value of R1 trillion for cars. That is a lot of money … up there with the “unaffordable” nuclear programme, slightly less than the government budget of R1,3 trillion and almost half of the R1,8 trillion of pension money controlled by the Public Investment Corporation.

The fact that motor cars have to be replaced every twelve to 15 years doesn’t seem to be on anyone’s radar, either. I haven’t met a single South African economist who has addressed the role that inefficient private transport plays in undermining the economy.

One analyst has gone so far as to suggest that having a greater variety of cars to choose from is good for “staff morale”. That could well be true, but then I’d like to see everyone, down to the humblest worker, using a car to get to work – and while we’re about it, why not preferably a Maybach?

Where do we draw the line? It should have been drawn years ago; but like sugar, tobacco and alcohol – all of which might be acceptable if taken in moderation, but devastating when taken in excess – we have allowed private transport to become our oppressor.

Not only does private transport consume vast amounts of imported resources, but if half of all workers go to work by car, the resulting cost (about R300 billion a year) has to be factored into the cost of doing business in South Africa. Cars also get involved in accidents that cost hundreds of billions every year. Oh, sorry … I forgot that accidents are good for the repair industry!

The government should have taken the lead long ago in fixing public transport. For over 20 years now we have been observing October Transport Month, which provides an opportunity to announce – and implement – meaningful improvements, but our response is … paralysis.

In this past October Transport Month, all I have heard is that Cape Town plans to buy ten electric buses, while Gauteng plans to introduce smartcards on a minibus-taxi route in Gauteng. We need smartcards, but first on existing formal transport. Why is it taking so long to have one ticket for trains and buses?

Another depressing announcement is that existing bus contracts in Gauteng will be extended until early 2018. This means that half-empty buses will continue to ply their way along Gauteng’s roads until then, and probably even after that. What happened to the 25-year plan? Will Gautrain expansion go ahead? We can’t afford it and don’t need it.

So, Billy, which one is prettier – Glasgow, or the southbound M1 glacier at 17:00? I’ll pick Glasgow any day. 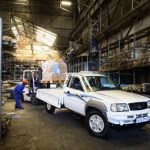