Old is old and new is expensive? 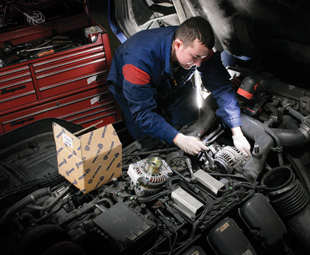 In today’s times, with everybody pushing to earn that extra buck in the face of rising costs and daily insecurity, it could make sense to renew what you have instead of taking on the extra cost of buying new.

We see them every day: older vehicles in a shabby state, looking weathered and frail. Sometimes they belong to transporters, and looking at many a second-hand truck dealership, things aren’t much more rosy.

Is purchasing an older, second-hand vehicle or trailer and spending some cash fixing it up a viable option? With banks becoming more and more selective about who they give asset finance to, older vehicles might be the only way to go for some. Or what about keeping your existing fleet and doing the same, instead of replacing with new vehicles? Can you coax new life out of these old dogs?

Ahron Gropper, managing director of Cape Town-based heavy vehicle body and chassis specialists Big Bodies, thinks so. “At this time in this economy, I think many truck owners will refurbish more.” Gropper’s comment surrounding the vehicles he sees is amusing but speaks volumes: “Some fleet owners will refurbish their fleet and keep their vehicles clean, and some will let them get vrot (rotten).” Twenty-five percent of the company’s business is made up of refurbishment activity.

Big Bodies uses specialised, state-of-the-art equipment. This includes a complete range of laser alignment tools, cab repair towers, Josam chassis straightening equipment and a cab bench and jig system. The company also has a custom designed Nova Verta spray booth, which offers a combination of eight- and 12-metre booths which can operate individually or be opened in the middle to operate as a single 20-metre booth. It’s large enough to handle any size of vehicle operating on South Africa’s roads.

Gropper notes that the most popular option when customers refurbish their vehicles is on the appearance of the truck. “But sourcing and fabricating parts is an ongoing problem,” he notes. “We sometimes have to source alternative parts and used parts. Or sometimes repair the irreparable.”

There is also the driving force to consider. According to Hendrik van Schalkwyk, sales engineer at Cummins South Africa, a large amount of business at Cummins is made up by their refurbishment activity, especially units that have experienced engine failure. “There is an increase in requests to do refurbishments, especially with the current economy,” says Van Schalkwyk. “It’s cost-effective, and the refurbished engine carries a rebuild warranty covering parts and workmanship.”

Van Schalkwyk outlines the level to which Cummins goes when refurbishing an engine. “First an investigation is done in order to assess the cause of the failure; the customer will provide detail on the operation and actions that led to the failure, and the engine will be stripped part by part, with all parts logged and reported on. In some cases, samples of fuel, oil or even parts will be sent to a laboratory to be analysed,” he notes.

“Once all the detail is acquired, the customer gets a report detailing the cause and rectification needed to prevent future failure as well as what’s needed to get the engine back to zero hours.”

Locally, says Van Schalkwyk, Cummins expects the demand for this service to increase. “With the new emission laws looming, mechanical engines will soon be something of the past and we will only see electronically controlled engines. Unfortunately, in Africa the trend is towards mechanical engines, so the request for rebuilding the older models will increase exponentially!”

What about trailers? According to Jovani Annandale, Afrit repairs manager, a lot of that company’s business consists of major maintenance and big-accident repairs, with complete refurbishments to a lesser extent. “There is a growing demand,” he says, “especially with operators running specialised trailers – we re-convert them to suit different applications.”

Annandale says it makes sense to refurbish a trailer since existing trailers can be made lighter and the process costs less than a new trailer would, although this applies more to some than others. “Trailers that have had a hard life, like side-tippers, are sometimes not worth it. It also depends on the age of the trailer, because certain technologies – especially suspension – get old. It then gets expensive, and you can’t go changing the complete trailer.”

Trailer bodies are no exception. Clinton Holcroft, managing director of Serco Industries, says the company hasn’t seen a significant change in the level of refurbishments, but has seen a growing level of accident damage repairs due to driver abuse.

“It is only worth refurbishing a vehicle body if it has been well maintained over its life,” he points out. “If repairs have been left unattended for long periods, it may be necessary to rather rebuild or replace.

“Recently, we have seen a trend with some customers replacing the load body after 10 years and refurbishing the chassis as a means of extending the life of the trailer. Normal practice would be to replace the complete trailer after approximately eight years,” he says, noting that this “is a clear indication that transporters are under severe pressure and are looking to find economical ways to replace older vehicles with the minimum of capital outlay.”

Holcroft warns that although refurbishing a body will extend its lifespan and save on capital outlay, the ongoing maintenance after refurbishment will be higher than when purchasing a new vehicle.

It would seem that South Africa’s commercial vehicle industry is indeed trending towards vehicle refurbishing. You can coax new life out of these old dogs, the limiting factor being what one wants to spend as opposed to what the real saving would be.

Posts by Focus on Transport
Prev What happens when you kill a road?
Next Long-distance gas-fuelled trucking