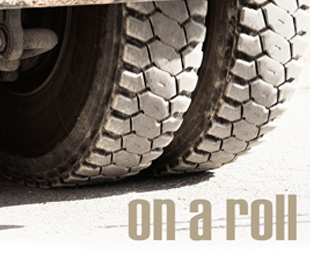 Tyres are among the most important consumables on a truck. That explains why tyre manufacturers are under constant pressure to make them smaller (to reduce platform height and increase payload), give them higher speed ratings, increase their life, lower their rolling resistance, produce less noise, have enhanced wet road holding and be retreadable more often, writes JAKE VENTER.

Every one of these criteria has been improved over the years, but they are so interrelated that progress in one direction often means a backwards step in another direction. Lately, new regulations and vastly improved truck performance have combined to force tyre designers to search for further improvements.

Rolling resistance is in the spotlight at the moment because any improvement in this direction will have a positive effect on fuel consumption. It has been estimated that a rolling resistance reduction of 2 kg for every ton of tyre downforce can save as much as 10% of a truck’s fuel cost. No wonder that the European Union is hoping to introduce minimum rolling resistance standards by 2012, and the industry is working towards a tyre labelling system that will include rolling resistance, wet grip and noise emissions.

The compulsory introduction of tyre pressure monitoring systems (TPMS) is also on the cards. The European Union has estimated that running truck tyres below the specified pressure is costing €4.5 billion (R48.7 billion) per annum in wasted fuel, to say nothing about the reduction in tyre life and increased accident risk. TPMS is already an option on MAN trucks.

At the moment, most TPMS systems are indirect, that is, they rely on the ABS wheel sensors to report whenever there is a significant difference in wheel speeds and programme a control unit to translate this into a pressure difference. Such a system is not very accurate, with the result that a number of companies are working on direct methods to measure tyre pressure. Most of these systems measure the stress levels in the tyre and rely on minute transponders embedded in the tyre to signal an on-board unit that the pressure is low. The best of these systems can give actual tyre pressure readings.

Transponders are small transmitter-responders that receive, amplify and re-transmit a signal on a different frequency to the one initially received. They form a part of many modern automotive remote locking systems.

The major tyre companies are also on the point of introducing radio frequency identification technology (RFID). This has taken eight years to develop, and is now close to becoming available, initially as an aftermarket fitment. This uses a transponder that is fitted to the tyre, and carries the truck’s VIN number as well as the tyre’s identification number. The latter contains important information such as the place and date of manufacture, the maximum pressure and the tyre size and pattern. The unit is as small as a match head, is impervious to elemental damage, and can be encoded and read with a small hand-held device. This will make it easier to keep track of a tyre’s history, no matter where it is used, or not used, and help to establish if the tyre is good enough to be retreaded. It will show if a tyre is too old to be safely retreaded, even if it passes the visual inspection.

In addition, there is at present an ongoing debate about the full-scale introduction of wide-single tyres to replace the present dual rear or trailer tyres. Advantages include lower dynamic tyre forces, lower damage to correctly designed roads, greater comfort levels, improved fuel consumption owing to improved rolling resistance, and less end-of-life scrap. In the United States, the Department of Energy has found a fuel consumption improvement of up to 10% with fully laden trailers when running on Michelin wide-single tyres, compared to conventional dual tyres. However, research has shown that thin asphalt roads suffer up to seven times more damage from these tyres; hence, any change-over should be carefully considered.

These tyres are available in this country, for trailers only at this stage, but acceptance is slow because fleet managers are notoriously reluctant to try new ideas unless the cost savings stare them in the face. 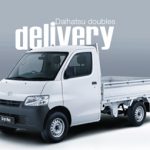 Prev Daihatsu doubles delivery
Next Back 2 the future 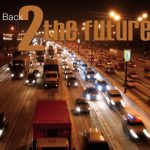