On track for a terrific test 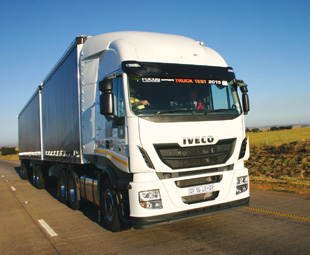 With Truck Test 2017 just around the corner, final preparations are being made and details ironed out to ensure that the event runs smoothly

As reported in November, a new partner for Truck Test 2017 is Sephaku Cement. The company will provide the payload for the one-day event from its depot in Delmas, Mpumalanga, some 60 km outside of Johannesburg.

Loading and a pre-trip inspection will both take place at the depot on Wednesday, March 22, 2017.

“We will allocate four of our most skilled forklift drivers to the event. It should take them no more than 15 minutes to load each vehicle,” says Thomas Thelingwani, Sephaku Cement plant manager – Delmas and Kendal.

Each vehicle will be loaded to 1,5-t less than its legal payload, to further ease the loading process and allow for a more even playing field.

“We are truly grateful to the team at Sephaku Cement for the support, enthusiasm and effort that they have put into making Truck Test 2017 a success,” comments editor of FOCUS, Charleen Clarke.

Of course, Truck Test can never be a success – or even happen – without the original equipment manufacturers that put their vehicles “to the test” to prove what they can do.

Truck Test 2017 will be a first for Elvis Mutseura, product marketing manager at Iveco SA, though it’s definitely not the first for the brand; which has entered three of the past four tests.

“There are always elements beyond anyone’s control that can affect results, but the test is a very cost-effective way to pit one’s trucks against the competition,” he adds astutely.

“We hope to achieve a result that will demonstrate to the market that Iveco builds very good trucks that are right up there with the best on the busiest freight corridor in South Africa,” Mutseura says, adding that Iveco will enter a Stralis AS750S48TZP Hi-Way, pulling an interlink tautliner, and a Trakker AT440T44TH SR, pulling a tridem flat-deck trailer. 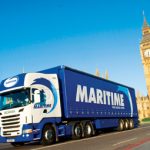 Prev Brexit: hurry up and wait
Next If it looks like a bus… 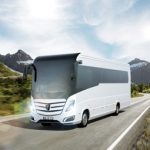