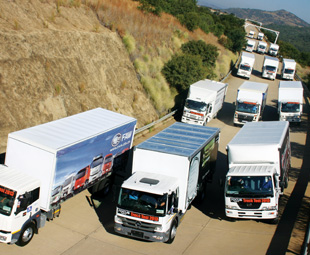 After much consultation, the final rules for Truck Test 2014 are signed and sealed. Here’s the lowdown.

As with anything in life, it’s always difficult to please everyone – but you sure can try. Try, and succeed, is what the organisers of Truck Test 2014 have done, the result being some changes to the rules and routes originally planned and publicised for the event.

However, it’s definitely for the better, as Truck Test convenor Fritz Hellberg points out: “We will once again be using the Gerotek testing facility, as we did for Truck Test 2013, to simulate rigorous stop-start driving under controlled conditions. The vehicles that will be tested this year are predominantly used in these types of conditions, which makes using Gerotek necessary.”

Due to the addition of Gerotek, and in an effort to collect the best possible fuel consumption and productivity figures, the route for the open-road legs have been changed. The test will now, as with 2013, be run from Engen Hartebeespoort. From there, entrants will set off on the N4 to Belfast – a round-trip of approximately 500 km.

Another first for 2014 is the adaptation of a Formula 1-style qualifying system for the day at Gerotek. This is to avoid faster drivers from catching and being held up by their slower counterparts. Drivers will also be allowed two familiarisation laps of the facility’s Ride and Handling track, the second of which will form the qualifying time for the starting order.

At the request of both organisers and some participants, all vehicles and drivers will have to be “test ready” for an inspection day a week before the event. This is to ensure that every vehicle complies with the rules, to check drivers’ documentation and allow time for any corrections to be made ahead of time if necessary. This day will also allow a convenient opportunity for Ctrack to fit its mobile tracking units for data collection and monitoring of the vehicles.

This time round, vehicles will be allowed to enter with an aerodynamic nosecone on the front of the body only, and not a full aerodynamic-enhancing kit.

With these new rules and procedures for Truck Test 2014, the organisers and participants look forward to a smooth-running and exciting event. We hope you, the reader, will be pleased with it too. 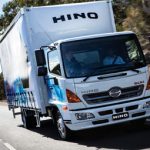 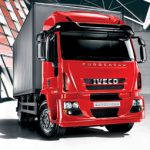 After much consultation, the final rules for Truck Test 2014 are signed and sealed. Here’s the lowdown.