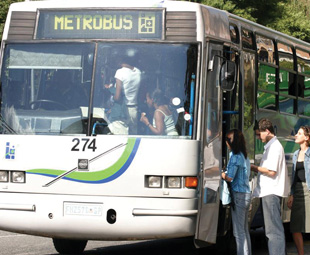 Like good old Martin Luther King (bless him), I have a dream. It’s called public transport in South Africa. Am I completely delusional?

Charmont Media Global is growing! This is a Seriously Big Deal! I say this because the media landscape is changing – and not for the better. Magazines and newspapers are perilously clinging to their futures, wondering how many issues will still see the light of day.

Thankfully, here at Charmont Media Global, we are doing something right – because we’re in a good space right now (which is something for which I am eternally grateful).

Practically, this has meant upping our headcount, sifting through over 350 applications (groan) and interview after interview. It has also meant a renewed focus on public transport in South Africa – or the dire lack thereof.

Before I get on my high public transport horse, however, I’d like to give a little bit of positive comment. I have been doing little else for the last two weeks except chat to bright young things. We’re looking for a young and vibrant team member; someone who is familiar with social media … someone with a lust for life.

In reality, this has meant that I have surrounded myself with sub-35 year olds. What a treat! I have battled to make a final choice … we are faced with feast of talent in this wonderful country of ours.

However, I digress. While I have rejoiced at these inspirational young minds, I have also despaired, because some of the brightest and best have not made it to the second round of interviews. This is not because they lack talent, but because they lack a driving licence.

The reality is that, as journalists, we cannot sit here in our humble offices. We need to be out there in the marketplace, in trucks and in operators’ yards. And, let’s face it folks, getting there via public transport is simply impossible.

Why does this untenable situation continue? I just don’t get it! I know we’re a third-world country (some say fourth-world because we don’t have water or power now either), but we’re in desperate need of public transport!

I follow the activities of the International Association of Public Transport (UITP) closely, and I have attended the organisation’s events in the past. Lest you don’t know about the UITP, it is a “passionate champion of sustainable urban mobility and is the only worldwide network to bring together all public transport stakeholders and all sustainable transport modes”.

Recently, for instance, the UITP members gathered in Milan for the organisation’s world congress. While there, they revealed that, back in 2009, the public transport sector set itself a goal: to double its market share worldwide by 2025, in order to make cities more liveable and more productive. The good news is that today, in 2015, the world is moving closer to achieving that goal.

According to the public transport experts at the UITP, there has been a “general increase” in public transport modal share thanks to efforts to boost supply, control private car use and increase urban density. This is particularly noticeable in cities in developed countries.

The growth has been particularly marked in Oslo, London and Paris where there has been more than a ten-percent increase in modal share since 2009, whilst cities such as Prague, Berlin or Rome have shown a reversal of a previous trend, whereby public transport’s market share had been decreasing.

There are also positive developments in cities with already significant modal shares, such as Vienna, Geneva, Singapore and Hong Kong. Other cities, such as Munich and Stockholm, have made great strides in boosting walking and cycling – with a marked decrease in reliance on private cars.

In developing countries such as South Africa, however, increasing motorisation is the norm. And that’s not good.

“Our data shows that cities with a higher public transport market share use less of their urban space for transport. This space can then be used for recreational as well as economically productive functions. The results so far show great cause for optimism, but also highlight the work that still needs to be done, in terms of increasing urban density and managing private car use, in order to reach our ambitious 2025 objective,” comments UITP secretary general Alain Flausch.

Flausch is obviously concerned with global public transport challenges. Me too, but the situation is especially dire here. One of our country’s biggest challenges is unemployment. If we don’t provide unemployed people with access to mobility – via proper public transport – this is a challenge that will remain with us for ever. 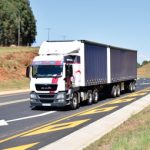 Prev Six or seven axles?
Next A system that works 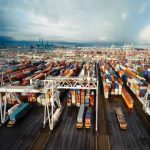