Ready to rock and roll 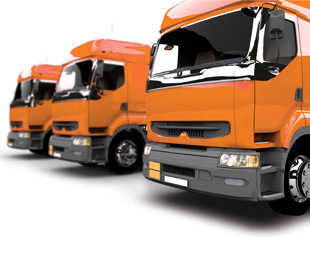 It’s nearly time for one of the most exciting events on the commercial vehicle calendar, as Truck Test 2014 is kicking off next week. The 4×2 vehicles, with a gross vehicle mass (GVM) of between five and nine tonnes, have been inspected and fitted with the tracking equipment and all the entrants are eagerly waiting to strut their Truck Test stuff …

As with Truck Test 2013, the event will run over three days – from April 8 to 10. This year’s test will, however, be a bit different. The participants will be split into different weight categories in order to compare “like-sized apples” with each other – enhancing the scientifically comparable basis of the test.

The schedule for the three days will comprise a laden open-road run on day one – from Umfula One-Stop on the R512 near Hartbeespoort Dam (better known as Engen Hartbeespoort) along the N4 to Belfast – a round-trip of approximately 500 km.

There will be a laden run at the Gerotek Testing Facility, based outside Pretoria, on the second day and then an unladen, open-road run on day three.

As with the previous Trucks Tests, all of this is in the name of obtaining real-world results. So, with a nip here and a tuck there, Truck Test 2014 is set to rock and roll as the participants, organisers, partners and sponsors are looking forward to a smooth-running and exciting event.

Watch this space for more news from Truck Test 2014! 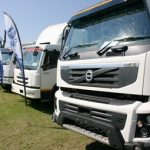 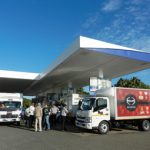