Renault fills in the sketchy details on its Trafic 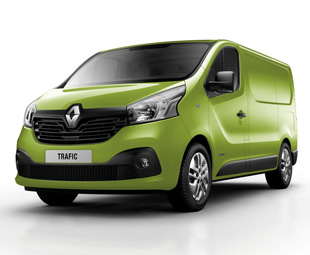 Renault has finally filled in the details on the new, third-generation Trafic panel van, which is due for release later this year in over 50 countries around the world.

Earlier this year, Renault released a sketch of the new Trafic and let on that the exterior would feature a completely new design. According to the manufacturer, the front incorporates the bigger, more upright logo, which is emblematic of Renault’s new brand identity.

Renault says the Trafic’s stance is forceful and dynamic, while its wide, slender headlights give it an expressive look. The more sloping windscreen results in a clear division with the bonnet, while a wide and assertive air intake and a body-coloured trim strip between the two grilles produce a lighter feel.

“Sharper lines make the vehicle’s silhouette more dynamic, while the sturdiness that Trafic customers have come to expect has been retained, courtesy of a protective, wrap-around front bumper,” says Renault.

The new Trafic can be customised as required, thanks to the outstanding diversity of its range, which features 270 variants, two different heights and two different lengths – in panel van, crew-van, platform-cab and passenger versions. It also offers solutions produced by its approved converters and Renault Tech.

The Trafic now features a new range of downsized, turbocharged engines. They are based on the latest-generation, Renault-developed 1.6 dCi unit (R9M) and feature advanced technology.

This range is available in two versions: a single variable geometry turbo, which yields 15 percent better fuel economy, and the twin-turbo version, the fuel economy of which exceeds 17 km/l.

Renault claims that these engines offer brisk pick-up and greater low-end torque for responsive acceleration, even when the vehicle is fully loaded. 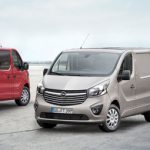 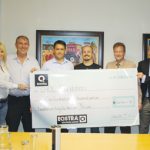