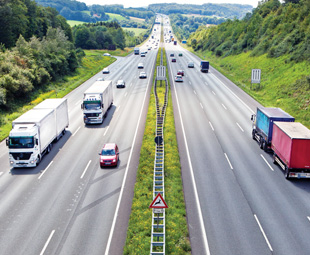 The European Commission is embarking on a revision of European road tolling laws this month (May). MARISKA MORRIS investigates how these revised laws will affect the transport industry in Europe

A similar bill has recently been passed in Germany. The original road charging system, which was approved by parliament in 2015, would have charged tolls only to foreign vehicles. The EC challenged the bill as it was considered discriminatory to foreigners travelling in Germany.

The revised bill, which was introduced in March, will charge all road users travelling in Germany. Vehicles producing less pollution will pay lower toll rates. According to the website Euractiv.com, the maximum annual cost for a foreign driver will be €130 (R1 918) with an estimated €500 million (R7,3 trillion) collected annually from foreign vehicles.

Since 2005, trucks of 12 t or more have been tolled electronically by Toll Collect, a German toll-collection company, which uses radio and satellite technology. Following the introduction of the new bill, trucks weighing 7,5 t now also pay tolls. It is expected that buses and 3,5-t trucks will start paying tolls in the coming months.

Daniel Delhaes, journalist at Handelsblatt Global, notes that “from summer 2018, trucks can expect to pay tolls on all federal roads” in Germany.

The EC is motivated to implement its kilometre-based tolling systems as part of its commitment to reducing harmful emissions. Despite attempts by the transport sector to reduce harmful emissions, heavy-duty vehicle emissions rose by 36 percent between 1990 and 2010 due to increasing road traffic.

In her article for Euractiv.com, journalist Catherine Stupp notes: “Trucks, buses and coaches produce about a quarter of the CO2 emissions from road transport in the EU and some five percent of the EU’s total greenhouse gas emissions – a greater share than international aviation or shipping.”

“Transport operations are largely cross-border, which is why we need common rules in all EU countries,” said Violeta Bulc, EU transport chief, at the 2016 Road Transport Conference. Currently truck drivers carry up to ten or more different tolling devices when travelling between countries.

Since 2012, 60 percent of the 72 000 km of tolled roads in Europe have used electronic systems for charging tolls. The rest use vignette stickers which are valid for ten days, two months or one year. Some countries, such as Portugal, Spain, France and Belgium, have successfully introduced unified tolling devices that allow drivers to cross the borders of these countries seamlessly.

Stupp notes that the companies that produce electronic tolling systems, such as the Telepass in Italy and Via Verde in Portugal, struggle to implement a single tolling device because of the tough standards set by the EC, the challenge of combining the various technologies and the highly competitive market.

“Drivers can subscribe to any toll provider, so EU-wide operators compete for business, but there aren’t enough drivers signed up, so competition is sparse,” Stupp comments.

Even countries that use the same technology struggle to implement a unified tolling system, as they need to negotiate the terms of use. Belgium and Germany, for example, both use satellite technology, but still use different methods to charge road users.

Road authorities believe that electronic tolls could reduce fraud and could bill drivers who have thus far managed to avoid paying tolls.

A single, electronic toll system would make it more convenient and cheaper for vehicles to travel between EU countries and transport companies would no longer need to comply with the different laws of the various countries. It would be especially advantageous for those transport and logistics operators that cross borders on a daily basis. 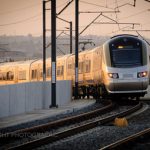 Prev Of tweets, transport and teachers
Next One week till the big #MANLE2 reveal! 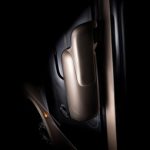