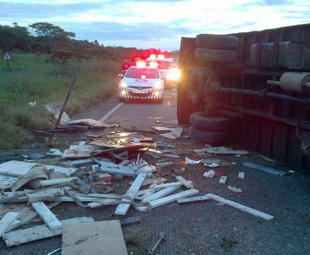 The Road Traffic Management Corporation (RTMC) has confirmed that 1 465 road deaths were recorded between December 1 last year and January 8 this year. Unsafe and dangerous overtaking, driving under the influence of alcohol and excessive speeding have been identified as the main causes of these fatal accidents.

Transport Minister Ben Martins has expressed immense concern about the number of people who have lost their lives, and has warned habitual road transgressors that their days of misbehaviour are numbered.

Speaking in Durban last week, he said major changes were to come: “We will review the current alcohol limit, support the total ban on alcohol advertising, implement harsher measures for serial and habitual offenders, including naming and shaming them, apply more stringent criteria to driver’s licence applications, and school campaigns on road safety.”

The Department of Transport will also develop a single national policy on the role and functions of road safety councils, which will mobilise communities to participate in road safety campaigns.

“Achieving the goals we have set … will require greater co-operation between the department and all citizens,” said Martins. “The department is committed to carrying out this responsibility to reduce road fatalities by 50 percent by the end of the UN Decade of Road Safety in 2020.”

In the meantime, the Minister has called upon each individual motorist to reflect on what their role should be in ensuring safer roads.

RTMC spokesperson Ashref Ismail believes the root of the problem lies in a culture of bad driving and non-compliance among drivers in South Africa.

“Drivers must refrain from blaming the usual suspects such as taxi drivers or pedestrians,” he says. “I have seen many SUVs speeding or overtaking on barrier lines with children in the back who are not buckled up.”

Driving specialist Rob Handfield-Jones has related advice: “Motorists need to watch their following distance and adapt their speed to prevailing conditions as well as improving their manoeuvring safety by constantly checking mirrors and blind spots.”

The Road Accident Fund (RAF) pays out R12,5 billion every year to victims of road accidents, and its CEO, Eugene Watson, is also sending out a stern warning to reckless drivers who are taking lives and costing the economy. “We cannot have accidents labelled as the largest cause of death for people aged between five and 30,” he says.

South Africa’s roads are a dangerous place to be over the holiday season. According to the RAF, last year’s December period claimed 1 475 lives with the Gauteng province accounting for over 380 of these deaths.

Howard Dembovsky, national chairperson of the Justice Project South Africa, says consistent, visible and effective policing 12 months of the year is the answer. “Law enforcement can’t just be stepped up during the festive season.”

He adds: “Motorists continually get away with driving drunk, not buckling up, talking on cellphones, driving without a licence, overtaking on blind rises and driving unroadworthy vehicles.”

Dembovsky feels it is a combination of non-compliance among drivers and poor traffic policing that contributes to the high accident rate. “South Africa is way beyond voluntary compliance with traffic laws. If traffic policing does not change radically for the better in this country, we will not be seeing a 50 percent reduction in road deaths by 2020, instead we will see an increase.” 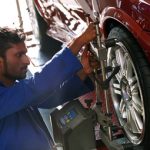 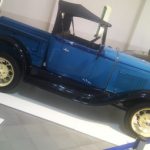