Scrap AARTO and go back to basics! 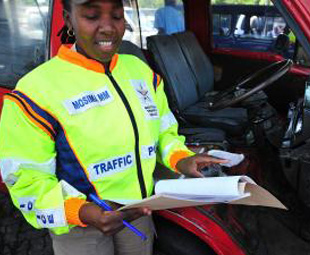 The Administration and Adjudication of Road Traffic Offences Act, commonly known as AARTO, is fast becoming another example of all talk and no action when it comes to government implementation!

That’s the opinion of Gary Ronald, head of public affairs at the Automobile Association (AA), who warns that – with the e-tolling battle raging on – it’s all too easy to forget about other areas of road regulation that affects road users.

“AARTO, still under its pilot phase, has only been put into operation in Johannesburg and Pretoria but unfortunately, it’s becoming another example of the idea being better than the implementation,” says Ronald.

AARTO was established for law enforcement officers to deal effectively and quickly with infringements of road rules. It also aims to alleviate pressure on the courts by penalising drivers and operators who are guilty of infringements through a demerit point system. The more offences you commit, the more points you lose, simple as that.

But it’s not so simple, as Ronald explains: “Essentially, AARTO was designed to improve safer driving behaviour and encourage compliance with the law in an attempt to reduce accidents and deaths on our roads. Unfortunately, it has not turned out this way. The system, tested as a pilot project in Johannesburg, has failed so badly that none of the other provinces want it to be rolled out nationally.”

According to Ronald, the root of the problem is the ineffectiveness of the very people who are meant to enforce AARTO. All notices of infringements are to be personally handed to drivers on the scene of the offence. Should this not be possible, the notices need to be sent to the driver via registered mail.

“While the JMPD is fully aware of this, they simply don’t adhere to their own rules,” says Ronald. “This is probably because of the cost of sending items via registered mail and has resulted in the public simply choosing to disregard the notices, as they will not stand up to scrutiny. Thus the general public continue to ignore the rules of the road and the number of road deaths continue to rise.”

Ronald believes that in theory, the AARTO law is well researched and has been well implemented in other countries but in practice in South Africa, it has fallen short of achieving its goals. The rest of the country has not been affected as of yet and is not expected to be expanded for some time. Maybe this is a blessing in disguise … 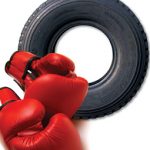 Prev ‘Tyre’d’ of the saga?
Next Gaseous consideration 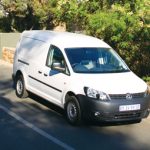