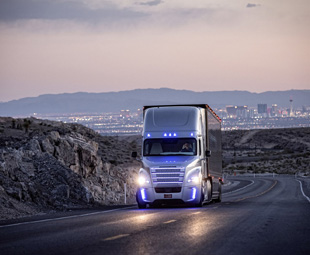 Hot on the heels of the Mercedes-Benz Future Truck 2025, which we saw demonstrating its autonomous-driving abilities last year, the Daimler group has adapted the technology to other vehicles in its stable. The difference, this time, is that these two vehicles will actually run on public roads!

The Freightliner Inspiration Truck with Highway Pilot system is the world’s first autonomous truck to be granted a licence for road use, in the State of Nevada, in the United States of America. The State has certified two trucks for regular use on public roads.

The Freightliner Inspiration Truck is based on the series-production Freightliner Cascadia, but with the addition of the Highway Pilot technology. This comprises a front radar and stereo camera, plus Daimler’s Adaptive Cruise Control. 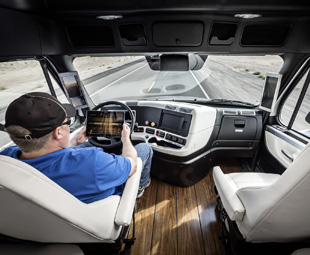 When on the highway, the driver can activate the Highway Pilot system. Using the aforementioned technology as well as lane-keeping and collision-prevention functions, the Highway Pilot regulates the speed, applies the brakes and steers.

This combination of systems creates an autonomous vehicle that can operate safely under a wide range of driving conditions.

The Freightliner Inspiration Truck covered over 16 000 km on a test circuit in Papenburg, Germany, to fully test all its systems.

Incidentally, at the vehicle’s launch at the Hoover Dam, in the United States, a projection on the dam wall – at 1,17 million lumens – earned Freightliner the Guiness World Record title of highest light output projection. 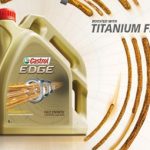 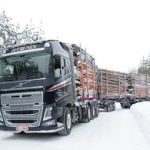