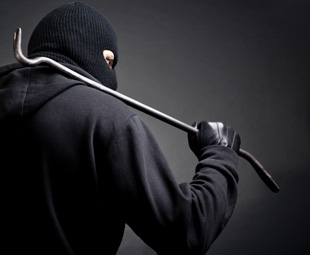 Crime is, unfortunately, a part of everyday life … distressing headlines litter news channels both locally and abroad. The South African trucking industry is, however, being hit particularly hard

In the early hours of the morning a truck pulls into something more resembling a plot than a truck stop. The “Molotov cocktail” that the driver took to fight fatigue is wearing off, but he still has enough energy to deal with his “loneliness” …

This isn’t a mob-movie scene, but an everyday occurrence within the South African trucking industry. Drug and alcohol abuse, as well as easy access to prostitutes, are taking their toll on the health and well-being of drivers countrywide. It doesn’t end there, unfortunately.

According to the Road Freight Association, truck hijackings in 2014 saw a ten-percent increase on 2013, with a total of 1 200 hijackings at an estimated cost of R12 billion. FOCUS approached three of South Africa’s most successful commercial vehicle tracking companies for their insight into this continuing violation.

Leon Mynhardt, operations manager at Mtrack Electronic Tracking Systems says that, in his experience, the cargo, as opposed to the vehicle, is most often the intended target of the hijackers.

“In most cases, the value of the goods being transported exceeds the value of the vehicle transporting those goods. Trucks are hijacked and then taken to a secluded place. The goods are loaded onto the hijacker’s trucks and then distributed to their offset markets, which are often across the border,” Mynhardt explains.

Hein Jordt, managing director of Ctrack Fleet Management Solutions, confirms that the cargo is usually the intended target: “Hijackers target loads that offer high-value goods – such as cellphones, tablets and expensive alcohol – for which they have a definite market, or loads that that can be disposed of swiftly – such as nappies, cigarettes or any fast-moving consumer goods.”

“Hijackers may also be looking for a specific cargo, such as high-value electronic goods or grocery items, among others,” reiterates Jerry Pierce, operations manager at Cartrack.

“There are occasions, however, where the actual vehicle or its trailers are the target,” he adds. “Cargo items find their way back into the economy, the black market or are shipped across the border, while vehicles and trailers are stripped for parts, shipped out of the country or are simply relicensed (with the aid of corrupt officials) and put back on our roads.”

These crimes cost the economy, insurance industry and operators billions. “Besides the expense of having to replace the vehicle and its cargo, there is also reputational damage,” explains Pierce, adding that there are many modus operandi that criminals employ to gain access to vehicles.

“We have noticed an uptick in incidents involving the notorious ‘blue light gangs’ that operate in the Gauteng area at present,” he tells FOCUS. “Another tactic is the ‘good Samaritan’ approach, where a road user will indicate to a truck driver that there is a problem at the back of the truck, resulting in the driver pulling over and becoming the victim of a hijacking.”

Jordt adds: “The hijackers gain access to the vehicle by waiting for an opportunity at truck stops, acting as passengers at toll plazas, or waiting at places where the vehicle has to stop.”

The reality of the situation is that as you are reading this, a hijacking is probably in progress; endangering the life of a family’s breadwinner and continuing to affect the South African economy.

“The South African Police Service crime statistics, which were released for the period April 2013 to March 2014, show a total of 69 082 incidences of hijacking, (including both car and truck hijackings),” says Mynhardt.

“This translates to 5 756 per month, 191 per day, or eight per hour in a 24-hour day. Truck hijackings make up about 1,5 percent of this, but a large number of corporate enterprises, such as courier companies, construction companies and those in the motor industry, are affected.”

What to do if it happens to you

Prevention is better than cure. Drivers should try to avoid situations that put them at risk, such as stopping next to the road. There is safety in numbers; rather stop at a truck stop.

Mynhardt adds that trucking companies should remember that hijackers come in many guises and have no obvious distinguishing features. “It is best to treat all unknown persons as suspicious, including police.”

However impossible this might sound, if you do fall prey to this crime, it’s best for the driver to keep calm and cooperate. “These thugs do not hesitate to cause harm to anyone,” Jordt cautions. “Drivers should be aware of their surroundings and be on the lookout for conditions, or events, which could compromise the individual, the vehicle and the cargo.”

Pierce adds that, in a hijacking situation, drivers should acknowledge the presence of the hijackers and not make any eye contact. They should keep their hands visible at all times and always let the hijackers know what they are doing, as any sudden movements can be extremely dangerous. 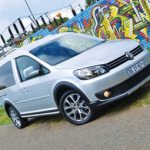 Prev Botox and bling
Next Knowledge and passion 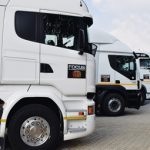