Side-tipping trailers get the tip? 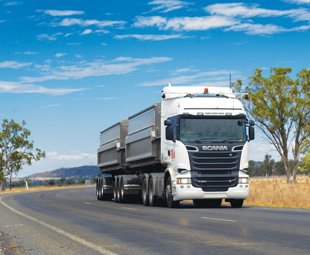 Are end-tipping semi-trailers regaining their popularity in the South African transport market?

Ever since the side-tipping interlink type of trailer combination became available on the South African market, they have been the most popular choice of tipping trailers. However, comments and rumours in the transport industry seem to indicate that end-tipping semi-trailers are regaining their popularity, and that the demand for side-tipping trailers is declining.

The side-tipping interlink trailers became a popular choice for a number of reasons. First, they carry a bigger legal payload compared with the two- and three-axle end-tipping semi-trailers.

Second, the interlink side-tipping combination is more stable when tipping and the risk of the trailers and truck tractor falling over while tipping is reduced.

Finally, the interlink side-tipping combination conforms to the South African Road Traffic Bridge Formula when operating at a gross combination mass (GCM) of 56 000 kg, due to the seven axles that are well spread.

Conversely, end-tipping trailer lengths have to be kept reasonably short to ensure maximum stability when tipping and, therefore, the axle spread and spacing limits the permissible GCM of the rig, when the Bridge Formula is applied.

Bigger payloads can be loaded and transported by the side-tipping interlink combination, making these units well suited to transport commodities like iron ore, chrome ore and coal. They are, however, only economical to run when they are fully loaded and operate every working day.

The slowdown in the world economy has caused a reduction in the demand for South African commodities, resulting in less transport demand for these big units. This may be one of the reasons why transport operators are now relooking at the purchase of end-tipping semi-trailers, which are less expensive to run and more suited for other industries where there is still a demand for tipping trailers.

A good example, where the demand for tipping trailers is still buoyant in South Africa, is the construction industry; driven by the government’s commitment to build new homes, water storage dams, sewage facilities and increase the distribution of electricity.

End-tipping semi-trailers offer the following benefits to the operator:

• The initial purchase price is less than the interlink side-tipping trailer combination;

• Operating and maintenance costs are lower;

• End-tipping semi-trailers are much easier to manoeuvre and reverse, making them very well suited to operate on building sites.

Good driver training on the proper procedure that must be followed while discharging the load from an end-tipping trailer will reduce the risk of the unit falling over.

So have your say and assist the trailer manufacturers to prepare and gear up for your future trailer demands.

Vic’s View in the July edition of FOCUS featured a table comparing the running costs of six- and seven-axle rigs. The legal payload quoted for the seven-axle rig was 55 984 kg,
which is obviously the figure of the gross combination mass. The correct payload figure for this rig is 35 984 kg. All other figures quoted are correct. 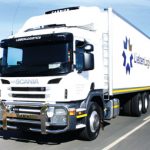 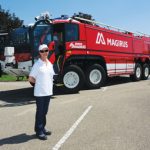