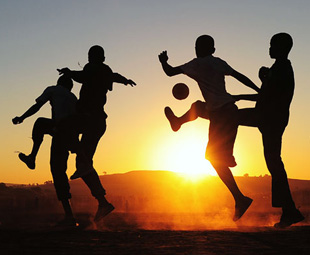 General Motors South Africa (GMSA) is the proud sponsor of this year’s annual Easter Soccer Tournament, which takes place in Port Elizabeth over the Easter weekend, from April 18 to 21.

Now in its 41st year and organised by the Northern Areas Football Association (NAFA), the Easter Soccer Tournament is one of the largest amateur tournaments on South Africa’s soccer calendar, with 24 senior teams and 40 junior teams participating. It has a vibrant junior component, which includes coaching clinics and life-skills workshops.

“GMSA has had a long association with the tournament and its sponsorship of this year’s event will go mainly towards club fees and kit for young soccer players through the Help Our Children Play sport-development initiative,” says Gishma Johnson, GMSA corporate communications manager.

“Participation in sports is one way to instil discipline in the youth and take their focus off the drugs and gangsterism prevalent on the streets of the northern areas of Port Elizabeth,” she adds.

Help Our Children Play is the brainchild of a group of local entrepreneurs, who are launching the campaign in response to social problems of crime, gangsterism, drugs, alcoholism and child abuse, with a particular focus on Port Elizabeth’s northern areas, which have been plagued by a rise in drug- and gang-related incidents.

The organisation will use the Easter Soccer Tournament as a high-profile platform to kick off the campaign, which aims to raise funds to reduce the costs of soccer participation for youngsters from the area.

NAFA President Valentine Brink says the campaign will strengthen the tournament’s youth and sports development aspect, enabling it to continue beyond the tournament itself and make a lasting impact. “The sponsorship by GMSA contributes to making sport affordable and accessible for these children, and thereby keeping them off the streets.” He adds: “This year the Easter Soccer Tournament will return to its ‘spiritual home’ at the Gelvandale Stadium.”

Ashton Prince, Help Our Children Play CEO, says: “This is a ‘call to action campaign’ to encourage members of the community and business owners to help fight social ills. The current average cost for a junior to participate in the game of football is R900 per season. Considering that most of the people in our community are battling to feed their families, these costs are the first to be dumped.

“The campaign will also support life-skills programmes to help our kids think beyond their circumstances,” he concludes. 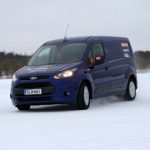