Spare a thought for festive-season truckers 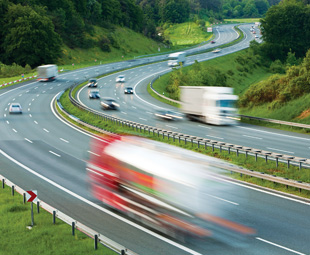 I was recently able to have a chat with Rhys Evans, director at Alco-Safe, who made a startling revelation… “The companies that conduct alcohol testing among their staff have indicated that they usually have, on average, five positive tests per month. Yet, during the festive season, this increases to between 20 and 30. This is a significant increase,” he states.

This is, however, expected… It’s known that the increased pressures of deadlines and being away from home, as well as fatigue and insufficient resting time, tend to increase the rate at which drivers will turn to substances to help them cope with the demands of being on the road for long periods.

“There are two solutions that could help the situation,” says Evans. “Taking on more staff during this busy season will ease the drivers’ workload, while appealing to the buyers to put in their order requirements earlier rather than later will reduce the rush – and the push on drivers to get their deliveries made within unreasonable timeframes.”

A shared workload will undoubtedly reduce stress and fatigue among drivers over the holiday period, while a reduced number of rush orders will also mean fewer vehicles on the road during this time. However, the problem of substance abuse could still linger. In this regard Evans refers to his area of expertise – testing.

“It’s not easy to monitor drivers at all times. Companies should, however, be testing their drivers when they arrive at the depots, and again when they leave. This, at least, ensures that they weren’t drinking alcohol on the way to the depot and that they are leaving the depot sober.

“Saliva drug tests are also useful tools for quick testing of employees when they arrive on site; to check that they have not been using drugs while on the road. The saliva tests have a shorter window of detection and generally will only show a positive test if the person has used drugs in the last 24 to 48 hours,” he advises.

While trucks and heavy vehicles drive among hundreds of thousands of people every day, the festive season is notorious for horror accidents. This is due to a variety of factors – substance abuse (by all road users) being only one of them.

With the number of people killed on South African roads over the festive season increasing almost every year, we all need to do what we can to reverse the trend.

Finding ways to make this time of year easier for working drivers is just one good place to start. 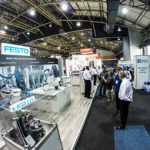 Prev Be part of the manufacturing solution at KITE 2017
Next Huge accolade for FOCUS! 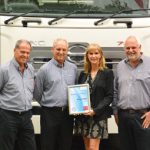