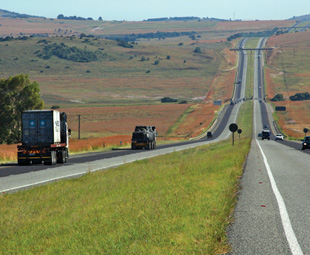 The journey to this years Road Freight Association (RFA) Convention afforded the opportunity to take in some of the country’s most beautiful scenery, and some of its most dreadful truck driving.

Last month, FOCUS journalist Claire Rencken wrote a rather strong article about the accidents trucks cause on our roads. “More often than not, negligence is to blame – and it’s a poor excuse for lives lost,” she said. Having just driven back to Johannesburg from attending the RFA Convention 2013 in Phalaborwa, the amount of negligence witnessed in one trip was astounding.

Of course, it was ironic that I had just come from a conference entitled Smarter Trucking, where being a professional, responsible operator – and ensuring drivers act just as responsibly – was a common, underlying thread through all the topics discussed. Yet, the driving witnessed was anything but …

Our route from Phalaborwa took us through Mpumalanga’s Panorama Route – those enchanting roads linking the quaint towns of Pilgrims Rest, Graskop, Sabie, Hazeyview and Lydenburg. From the majestic scenery to the (largely) well maintained, flowing roads, every kilometre was pure magic for a petrolhead like me. That is what a road trip, real driving, is about.

My partner and I had left Phalaborwa at around 14:00, so we knew that we’d be doing a good chunk of the trip in the dark. By the time we had topped up (with coffee and petrol) in Lydenburg, darkness had indeed descended. Not knowing the roads into and out of Lydenburg, a quick look at the map book showed that the road straight ahead – the R36 – would be a short 30 or 40 kilometres to the N4, and then we’d be on the home stretch.

Well, that was the theory anyway. Little did we know that this “road” would perhaps be the worst we had encountered – ever. As we began our journey, we came up behind another side-tipper (we’d seen several up to now). We began to very slowly weave our way through the maze of ruts, ridges, potholes and missing sections of road – it was in fact an exercise of finding the pieces of road that were there, rather than simply avoiding the pockmarks.

Soon, the realisation that overtaking opportunities would be non-existent set in. It was a good thing too, as our friend ahead clearly knew the road and soon realised we were following his slow and steady path.

With nothing but the dark of the night around us, lights began to appear in our mirrors. Not to worry, he was miles behind us and, on this road in the dark, could only be driving as carefully as we were. But he wasn’t. In a matter of minutes, a full extra-heavy interlink came roaring past us on the right. Our friend just up ahead was also on the right-hand side of the road, carving his path ahead. He managed to move over just enough, just in time, for the other truck to squeeze through and continue to blast his way onward.

I had honestly thought we were about to witness a rather large, purely negligent accident. Luckily, we and our “leader” finished the route without incident, and I’d like to commend him, whoever he was, on his careful, courteous driving.

We banked on 20 minutes, but it took us an hour to reach the N4. Oh, what heaven! A smooth national road with clear markings and individual lanes … how such things are taken for granted. It was good to relax. Well, until we came uncomfortably close to the rear of an interlink with no lights. And another. And a reefer that also had poor reflective tape. And a fourth, you know, just for good measure!

I honestly wish I was able to photograph the vehicles and take down the names of the operators. If they are getting past the authorities, and bringing down the name of the good truckers out there they, and others like them, at least need to be named and shamed.

The number of operators at the RFA Convention 2013 was encouraging (you can read a full report in the July edition), nevertheless, the irresponsible behaviour we witness on our roads on a daily basis is unacceptable, is claiming lives, and is downright scary. 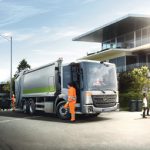 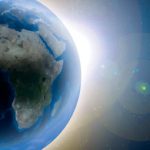