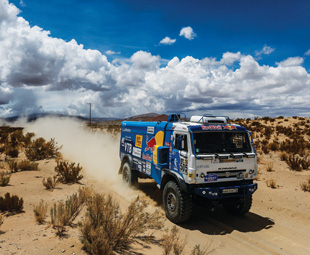 GIANENRICO GRIFFINI speaks to Dakar 2017 champion, Russian Eduard Nikolaev, from the Kamaz-master team, about the trials and tribulations of his road to the podium

Two Kamaz drivers on the podium in Buenos Aires and another Kamaz truck in fifth position in the final ranking… As it states on the Kamaz-master website, “The Blue Armada is back”. Did you expect this result?

Last year was not a winning one for our team and we took only second place. We knew that the Kamaz-master team had won the Dakar several times, and our mixed-age team had brought the golden trophies to the motherland.

We wanted to thwart our competitors’ attacks this year, thereby returning the Dakar gold to the team. In order to take the highest position, we prepared the vehicles ourselves.

Can you explain the main reasons for this performance? Is it as a result of the tests before the rally, the trucks, the team, the tactics and the strategy of your team manager Vladimir Chagin, or the reliable V8 Liebherr engines? 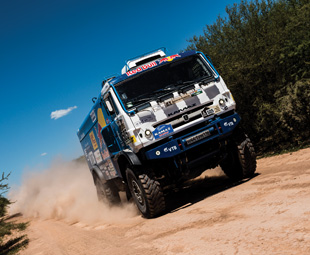 All of these factors are important, but, in addition, you have to have luck on your side. For example, last year we had bad luck throughout the race, I was constantly hindered, and I wasted time correcting my mistakes.

This Dakar, I realised that less wheels were punctured, we weren’t stuck as many times and we didn’t have any serious technical problems. This all reflects our skills, our well-coordinated teamwork and the experience of our leader, but it also shows the undoubtedly significant role played by luck.

Was your team manager Chagin crucial to your team’s success, even this year?

Chagin’s role is simply colossal because he is our chief in all fields, including piloting and the production of our vehicles. We often see his vast personal experience shine through in his work: showing us how the marathoner should behave and live in everyday life.

You sometimes forget your humility once you’ve competed in the Dakar, won it, and come second and third a few times, and you start to think that you know everything, but someone like Chagin makes you realise there is still a lot to learn.

Can you tell us the story of your Dakar this year? Was it more difficult than last year’s edition, due to the fact that, until the tenth stage, only a few minutes separated the first three drivers?

It was difficult to be in the leading position from the first stages. The spectators and our supporters want us to stay ahead from the beginning. However, one should always remember that this is a marathon and the final result is what’s important. 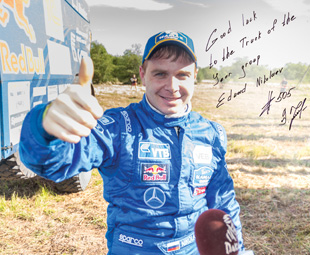 We didn’t aim to lead from the first day, but it was hard to hold back. In sand, mud and difficult off-road tracks, where many competitors fail, one must drive wisely. We tried to be cool-headed, but this was not always easy, and on an especially difficult stage we lost 20 minutes on navigation.

In this situation, you realise that, as a driver, you are completely dependent on your co-driver, relying on their navigating skills. We struggled to find the road, but managed to pull ourselves together and get back on track, continuing despite the lost time.

In the second half of the race, when the gap between leaders was mere minutes, Chagin’s guidelines and support helped us very much. I am very happy that we didn’t disappoint him and that we fought fairly and won in the right way.

In which stage were you pretty sure that you had won the race?

That kind of confidence only comes when you drive through the last road section and the podium is five metres away – only then do you understand that the victory is really in front of you and your crew.

Can you describe your driving style? Are you aggressive, cool, or a tactician?

This year we were driving tactically and thoughtfully. Where it was needed we drove fast, and in other places we were careful.

Where do you feel at your best as a driver – on rocky stretches, soft desert sand, dunes, or narrow and windy routes?

We are strongest on the off-road sections and in mud, sand and “fesh-fesh”, but, nevertheless, this year we also had good sections on fast roads.

Last year, we drove too slowly in the fast sections, and so we improved on it this year and upped our speed, which made a huge difference.

Can you outline the major steps in your career as a rally truck driver? Where and when did you start driving a rally truck?

My fate has always been to be involved in motor sport. My father was a Russian autocross champion, and he introduced me to karting. I took part in Russian competitions, and after one of them the chief of the Kamaz-master team, who at that time was Semen Yakubov, invited me to join the team.

Despite being an active, sporting child, rallying was like nothing else. At my first Dakar in 2006, when I was a mechanic, I lost 12kg. Every day we were stuck in sand and needed to dig out the vehicle. Later, one of the mechanics entrusted me with the steering wheel, to drive the truck home. My first race as a driver was in a Russian Championship, where we took second place.

In the final press release, published on your website after the victory, it was said that to keep the Champion title, the team needed to work hard to develop a new bonneted truck. Why was this important?

This vehicle allows us to drive faster off-road, because we feel more comfortable than in a cab-over truck. We tested the bonneted truck on a Silk Way Rally, and saw the potential, but also saw that the truck is not nearly ready to take on the Dakar.

This year, we will work hard at it, as our end goal is for the truck to take part in both the Silk Way Rally and the Dakar Rally. 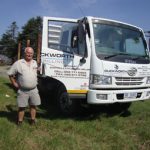 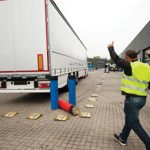