The technical side of truck Test 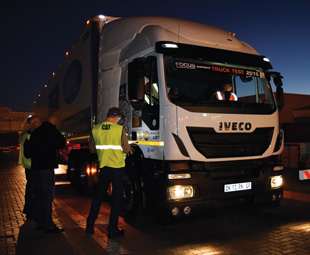 VIC OLIVER joined us on Truck Test, once again offering his expertise in monitoring the procession as it moved from start to finish through all the checkpoints. He details the technical aspects.

This year’s Truck Test was, without any doubt, the best and most successful that FOCUS has run over the past few years. It was well organised and supported – with 16 rigs entered, sponsored and supported by 12 companies. Factors that made this event so successful were the enthusiasm, passion and professionalism displayed by all the participants and sponsors.

The objective of this year’s Truck Test was to demonstrate what vehicles in the 30- to 35-t payload segment are capable of achieving in a typical operating environment, and to provide potential buyers of this class of vehicle with excellent information on the operating costs.

With the current high fuel and operating costs, the participating manufacturers were all keen to prove that, correctly driven and maintained, their vehicles are economical to own and operate.

Once again, the HTM TransSolve software was used to simulate the route, and Ctrack provided the technology to track all the vehicles during the test.

The vehicle tracking system proved to be an excellent management tool to keep an accurate control on the vehicles. This ability, to monitor the vehicle speeds during the test, was well used by the test controlling team, to check that vehicles kept within the set speed guidelines.

The route chosen for this year’s test was from Isando, with an altitude of approximately 1 500 m above sea level, to Komatipoort in Mpumalanga, which is close to sea level. This provided an ideal test route, especially for the long-distance haulage operators.

The trailers were loaded to their full capacity with pockets of cement supplied by AfriSam. At the loading site, the vehicles were weighed empty and then again once they had been loaded.

The day before the test, all the vehicles were parked at Super Park Distribution Centre in Isando and topped up with fuel. A sight tube was fitted to the fuel tanks to ensure accurate measurement. The vehicles were also inspected to ensure that they were roadworthy, and driver’s licences and Professional Driving Permits were also checked.

All the drivers were eager to start on the first day and at exactly 06:00 the first vehicle departed. After the Middelburg weighbridge, the second stop en route was the Engen Belfast Truck Stop, where the vehicles were refuelled and checked.

On the route down to Komatipoort, some long and difficult downhill gradients had to be negotiated, which tested the retardation ability of the test vehicles.

The following day was another early start, with the first truck departing at 06:00 and heading directly to the Engen Truck Stop at Belfast for refuelling. The steep uphill gradients experienced on the return route from Nelspriut to Belfast tested all the vehicles’ hill-climbing ability. I am pleased to report that all the vehicles did well on the uphill, proving their good productivity, without seriously jeopardising fuel consumption.

Back at Super Park Distribution Centre in Isando, the vehicles were topped-up again. The precise amount of fuel used was recorded to determine the accurate fuel consumption of each vehicle.

I was surprised to see how small the difference was in the amount of fuel that was added to each vehicle at the various stops. This proved that, if correctly driven and maintained, most truck tractors in this class of vehicle are fuel efficient. 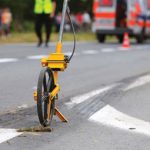 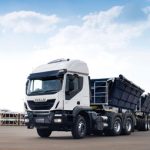