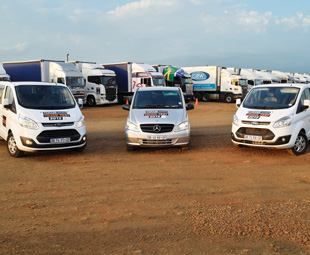 The Truck Test spectacle does not just happen on its own – there is considerable behind-the-scenes work to be done … for that, the FOCUS team enlists the expertise of the industry’s smaller (yet no less significant) brethren, writes GAVIN MYERS.

This year, the FOCUS team had to add “shuttle service” to its repertoire. It was Ford and Mercedes-Benz that came to our aid; as we enlisted the companies’ Tourneo Custom and Vito Crewbus Shuttle people movers to serve as camera tracking cars, support-team (and gear) transport, and event shuttles.

It was the latter requirement that placed these cars at the top of our list: eight seats was a must. Of course, yours truly and FOCUS journalist Jaco de Klerk needed to be able to easily and safely stick our heads and cameras out of the windows to snap all the on-road action …

The abundant space in the two Tourneos and single Vito proved to be just what we needed. What we were really interested to find out, though, was how our passengers would find the whole experience.

Both vehicles offer eight comfortable, individual seats in a two/three/three configuration. In both they are also individually adjustable, but, being top-of-the-range Limited spec, the seats in the Tourneos were leather clad. It has to be said, too, that their pleasing two-tone black and beige colour scheme did wonders to lift the interior ambiance, with the Vito’s interior feeling a bit grim by comparison.

Again, due to the larger vehicle width and height, the seats in the Tourneo are slightly wider, offering a bit more shoulder room. Despite being slightly narrower, the Vito’s seats were, nonetheless, comfortable. Occupants in both the Ford and Mercedes are treated to a range of features including: individual cup holders, 12-v power sockets, side-window blinds (Tourneo) and rear-compartment air-conditioning.

In view of safety, only the left-hand middle-row seat can be folded forward for entry to the rearmost row in both the Ford and Mercedes.

On the road, the Mercedes tended to waft along a bit more comfortably, which is great for its passengers and, of course, us photographers! The flip side of this is that, for the driver, the Ford felt more connected to the road and lighter on its feet.

Neither vehicle struggled to keep up with traffic or move its occupants around when at full capacity. Especially the Vito … it was the 122CDI; fitted with the 3,0-litre V6 diesel that develops 165 kW and 440 Nm torque. Coupled to Mercedes’s five-speed automatic gearbox, progress in the Vito is best summed up as swift and smooth. It was relatively frugal, too, consuming 9,6 l/100 km.

Not that the Limited-spec Tourneos struggled, mind you. Fitted with the high-power version of Ford’s 2,2-litre Duratroq diesel engine, 114 kW and 385 Nm torque was at the drivers’ disposal. As opposed to the Vito, the Tourneos’ engine is mated to a six-speed manual. At the end of our trip, both Fords consumed an average of 9,4 l/100 km. This is a figure we expect to improve, as they were both practically out-of-the-box new with around 1 000 km under their respective belts.

So, what was the verdict? Both vehicles scored a resounding thumbs-up by our weary passengers, as they were transported in style and comfort between their participating vehicles, the evening function and their accommodation.

As crew vehicles, the abundance of space, powerful engines and ease of drivability meant that both the Tourneo and Vito will definitely be at the top of our list if such an intricate requirement needs to be met again in the future. 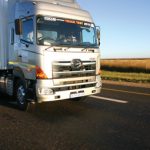 Prev More than just a test!
Next Reaching new heights 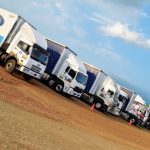