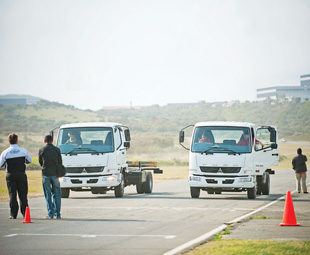 It’s more than a year since that massive earthquake and tsunami wreaked havoc on the island nation of Japan. With life in that country now largely back to normal, FUSO decided to fill its South African stakeholders in on how it has coped and what its plans for the future are. Well, that and more – as GAVIN MYERS found out.

It’s encouraging when a nation, company, or even a single person bounces back stronger than ever after a major setback. In March last year, Japan was this nation, along with its industry and each individual citizen. As a sign of their strength and character, the Japanese people almost immediately set out to rebuild all that had been lost.

FUSO was but one company affected – fortunately not directly, as its plant in Kawasaki is about 400 km from Sendai, the area worst affected. However, as Duncan Prince, product manager for Freightliner, FUSO and Western Star, says, many of the company’s component manufacturers are located in the Sendai region and were heavily affected by the tsunami – some completely losing their factories. This destroyed the just-in-time system FUSO employs.

Prince explains that the problems presented a double-edged sword. “With the general chaos and breakdown of communication, parts weren’t getting to our knocked-down facilities,” he says. “But the Japanese took the attitude of ‘We’re not going to let a tsunami beat us’.” The result: when vendors were able to begin producing parts once again, the drive to make up for lost time resulted in too many parts, the wrong parts, or not enough of the correct parts being produced and sent. As Prince says: “The problem for us was much more of a logistical nature.”

FUSO operates in over 100 countries on all 11 continents and, according to Yasuhiro Yas Tanaka, senior manager sales & market m 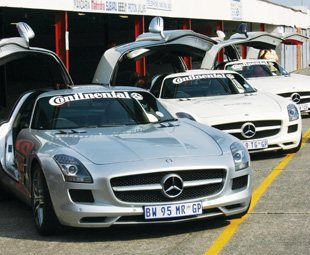 anagement, FUSO Middle East/Africa/Latin America, accounts for 40 percent of the total sales volume for Daimler Trucks. The company holds 50 percent market share in Malaysia and Taiwan, and 75 percent in the United Arab Emirates.

Obviously, due to the disaster, sales volumes dropped. To 35 percent. That’s around 160 000 trucks. Still, this was no mean feat considering the problems faced. So how did they manage to keep the wheels turning?

“There were two plans,” explains Prince. “Here in South Africa, our plant was receiving component sets which were short of parts, so we set up our own parts warehouse in East London and started putting together our own sets out of short-supplied sets.

“It meant we weren’t building as many trucks as we would have liked but, at the same time, we were still pushing trucks,” he continues. “The critical thing was that we couldn’t send a single vehicle out that wasn’t complete – even if it was missing a door handle, it would stand at the plant. That’s part of our commitment.”

Prince explains how the situation was righted in Japan: “The Japanese realised that the situation wasn’t just going to fix itself. So we [FUSO] sent some staff from our Kawasaki plant with trucks to our affected vendors, and helped some of them relocate to safer, undamaged areas. The other step we took was to start air-freighting stock, at huge cost, with the idea that 95 percent of the truck had left Japan as sea freight, and whatever was missing we would get by air. Our Japanese colleagues did a great job helping us get the show back on the road.”

And what a show FUSO put on for its valued customers, staff and the media in East London during August. The day’s activities were clearly in line with the brand’s new direction of being “The Better Breed”. Says Godfrey Han 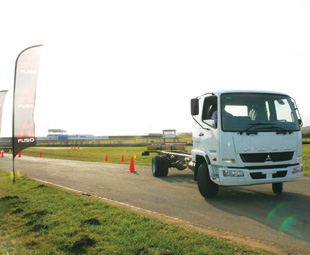 i, divisional manager for Freightliner, FUSO and Western Star: “The idea of ‘The Better Breed’ is to talk about the product and the people that make our company tick. We created an icon that is a mixed breed, because a mixed breed is usually very adaptable to various environments and changes. Likewise, FUSO has the ability to adapt to various markets and, more importantly, to customer needs.”

Being part of the Daimler Group, the first stop was the Mercedes-Benz assembly plant in East London, where FUSO, Mercedes-Benz and Freightliner trucks are assembled, together with the Mercedes-Benz C-Class for local and American markets. A tour of both the truck and car plants proved an eye-opening experience for visitors, many of whom did not realise the simple, yet highly technically-advanced way in which the vehicles are assembled.

The truck chassis, for example, begins life upside-down to make assembly easier for the technicians on the line. Once all wiring, suspension and related components have been fitted, the chassis is rotated and the fitment of drivetrain components begins. The cab is then fixed in place, all fluids are topped up, and the vehicle is started for the first time. After a quick bleeding of steering and brake systems, the vehicle is driven off the assembly line for final inspection.

Guests were invited to put this solid engineering and build quality to the test at the East London Grand Prix Circuit. FUSO had lined up a number of activities to get pulses racing while emphasising the integrity of the mechanicals and ease of driving inherent in the FUSO range. For an added dose of fun and adrenalin, everyone w 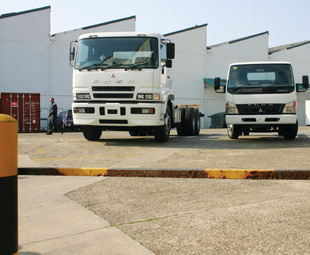 as split into four groups and – under the watchful eye of the Mercedes-Benz Dynamic Driving team – informally competed against one another for honours in various challenges.

First up was truck drag racing. Boy, did this one bring out the smiles. Lined up on the circuit’s main straight were two Canter FE7-136 and two bigger FK10-240 chassis cabs. Run after run, these four vehicles showed how their drivetrains stand up to repeated driver abuse without so much as a slipping clutch.

Then it was on to the gymkhana course – set up on the grass alongside the drag racing. Dust flying (I’m sure the residents of East London thought they were experiencing a dust storm), two Canter FE7-136 and smaller FE6-109s brought to the fore the range’s ease of handling and ride comfort.

The third activity, though, was the one that separated the men from the boys – a parking challenge. Three FK10-240s and makeshift parallel parking and alley docking bays were set up. On the instructor’s signal, the drill was to move forward from the start, parallel park, come back out of the bay and then boot it backwards into the alley. The professional truck drivers among us were easily 10 seconds ahead of the rest!

Last, but not at all least, was a suicide lap of the track (excluding the main straight, where the drag racing was happening) in Mercedes-Benz’s flagship sportscar, the awe-inspiring SLS AMG. Some in-car camera shots revealed a 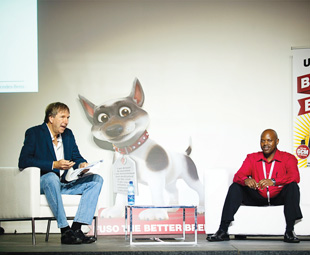 few interesting facial expressions as the Dynamic Driving team called upon the bellowing V8 monsters’ depth of ability for the visitors.

It was a day packed with high-energy fun and excitement, which carried on later in the evening with motorcycle stunts and a very special appearance by Nico van Rensburg’s jet car. The event epitomised the situation The Better Breed now finds itself in a year-and-a-half after the Japanese disaster.

“We certainly took a big knock during 2011 in terms of sales, doing about half our 2010 volume,” says Prince matter-of-factly. “But 2008 was a record year for FUSO worldwide, and now that 2012 is also turning out to be very positive, we hope to get very close to those levels.” Tanaka-San reiterated this, stating that about 190 000 trucks have been sold this year so far.

The products look to be getting better too. Hani points out that the 26-420 (which we unfortunately didn’t get to sample) has benefited from a modified transmission to prevent synchro ring failures, while the Eco-Hybrid version of the Canter is currently undergoing evaluation (this model brings with it a 20 percent saving in fuel during stop-start driving). To top it all off, an all-new Canter that will boast extended service intervals is planned for introduction in 2014.

Clearly, The Better Breed is stronger than ever. 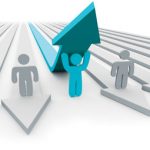 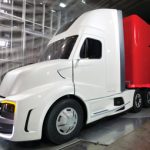