Will the market flatten out? 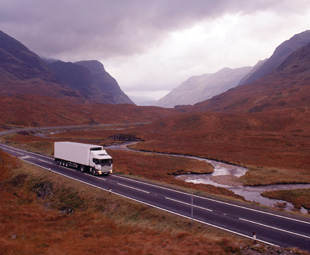 Sales in 2014 exceeded expectations. What will 2015 have in store? Here’s our truck and bus sales forecast.

Based on past new truck and bus sales and expected future market trends in the South African truck and bus market, indicators are pointing towards a flat 2015 market with no growth and a possible small decease in some segments of the market, in comparison to the 2014 performance.

Analysing the sales figures for the third quarter and (at the time of writing) projecting these results to the end of 2014 for medium, heavy, extra-heavy commercial vehicles and buses, the projected sales for 2014 are estimated to total around 31 000 units.

Indeed, the number of commercial vehicles and buses sold in South Africa during 2014 will exceed many of the original forecasts that were made at the beginning of the year, due mainly to the growth in the extra-heavy commercial segment of the market.

The unexpected growth during the year, in this segment, was mainly driven by the high demand for freight and goods to be delivered across the border, where many countries are experiencing exceptional growth.

The inability of rail to meet these cross-border and local transport demands was another factor that resulted in an unexpected sales increase in the extra-heavy commercial vehicle segment of the market.

Within this segment, truck tractor sales will grow, but we could see a decline in the sale of specialised vehicles, like 6×4 and 8×4 models, which are used in the construction industry.

Good bus sales during 2014 also helped the overall market to perform well. Bus sales are expected to remain steady in 2015.

In my opinion, sales in the heavy commercial market segment will decline, as the country’s expected economic growth slows down in 2015 and operators economise by using smaller vehicles.

In the medium commercial vehicle market sales should remain steady.

Overall, my forecast for sales of new trucks and buses in 2015 is 31 000 units. The reasons that I forecast no growth in the overall truck and bus sales for the year 2015 are as follows:

• The South African government has recently announced that the country’s gross domestic product growth will decline to 1,4 percent in 2015.

• The government has also announced it will cut back on spending.

• An apparent inability by government to sort out the ongoing strikes, which are having a very negative effect on the business confidence in the country.

• An apparent inability by Eskom to guarantee an uninterrupted supply of electricity. This is one factor that is stopping overseas potential business investors from investing in the country.

• The continual weakening of the South African currency.

• New vehicle prices are expected to increase during 2015.

• A possible increase in interest rates during 2015.

However, there is good news for motor dealers who trade in used trucks and buses – the number of used commercial vehicles and buses that are sold is steadily increasing. This is a true indicator that affordability of new vehicles has become a problem for many operators.

Due to the excellent new vehicle warranties, maintenance contracts and buy-back schemes that truck dealers and manufacturers are offering their customers, when buying a new vehicle, many professional hauliers are replacing their vehicles at the end of the warranty period and/or maintenance contract. They thereby reduce their risk exposure of unforeseen expenses. This has resulted in a large number of good used vehicles being available on the market, which is another factor driving the sale of used vehicles. 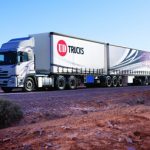 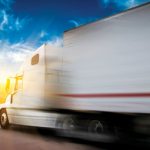