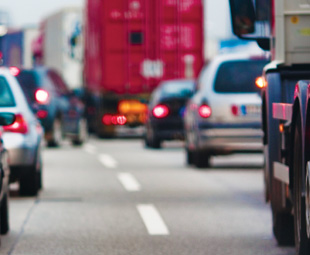 Despite many “plans” over the last two decades, road safety levels in South Africa have continued to decline post-1994 – with horrific effect. So what’s the plan now?

I suppose, if you really have to put a date to it, it started before the 1994 elections. Everyone was getting ready for the inevitable transfer of freedom, with only vague ideas about what the post-’94 future would hold.

With hindsight, however, it’s clear that quite a few things went pear-shaped post-Apartheid.

The transport sector alone saw a dramatic exodus of talent, capacity and, more importantly, knowledge – with people leaving in favour of attractive severance packages. No thought was given to succession planning or the mentoring of incoming replacement staff.

Added to this was the effective disbanding of the National Road Safety Council by its absorption into the corridors of the Department of Transport. The more than capable staff now had the opportunity to transfer elsewhere within the department – and they did, in droves.

Government is a strange animal. Your job is defined. Do not dare to do more than the definition, even if it is for the greater good of the country. In this way, those who had the knowledge kept it to themselves and got promoted or retired.

Almost 20 years later, and we’re feeling the effects of the short-sighted policies and actions of the bureaucracy and, unfortunately, it has been translated into the severe carnage visited on South African roads every single day.

It is one thing to say “we have a plan”, but it’s something else when responsibility for making the “plan” work is placed firmly at the door of corporate South Africa and the few miserably underfunded NGOs that exist.

We try, we really do.

There have been many plans. Moving South Africa, The Road to Safety (Versions 1 and 2) and, lately, the Decade of Action for Road Safety. None of these plans have ever been implemented in full. Bits and pieces here and there, with the inevitable lack of success …

… all blamed on the lack of capacity and funding. There is something inherently wrong with this statement – capacity should have been built in over the last 20 years. Funding for road safety is available.
The Treasury has indicated that it would be able to provide R300 million per year quite easily. It understands what “return on investment” means.

And the plan? I believe the Road Traffic Management Corporation (RTMC) is working on yet another one – but without an overriding policy framework that covers all sectors of government (which, as the largest employer in SA, has the potential to change employee behaviour), this new “plan” will probably only report on enforcement as that’s the easiest aspect to measure.

But I’ve saved the best part for last … the Department of Transport and the RTMC aren’t even singing from the same hymn sheet!

Each is convinced that it is right, and both have to justify their existence somehow, but the divisions between the two are so great that more harm than good is being done. Witness the continued blood on our roads at a cost of 14 000 lives and R157 billion to the economy every year.

South Africa would be better off with one National Transport entity. A responsible one at that, with more than just a plan. 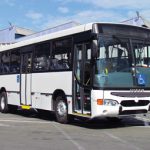 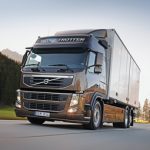