A chance meeting between an Italian and South Africa 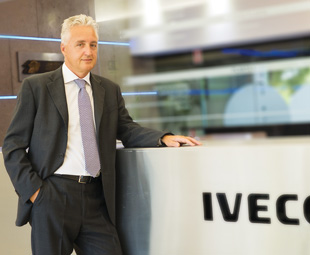 When Impelluso graduated with a degree in economics from the University of Turin in Italy, finding a career in the transport industry was not even a thought in his mind. He joined the Iveco team in 2001, where he worked for 17 years in various countries. Despite working in a number of top managerial positions throughout his career, Impelluso believes it all happened through maximising opportunities.

“I didn’t build my career because I wanted to be general manager or managing director in a few years. I never thought this way. Most people’s success comes from commitment, hard work, facing challenges and taking on new opportunities. The more committed you are, the more opportunities you get,” Impelluso says.

In 2016, Impelluso joined the Iveco South Africa team; following the opening of the Iveco plant in 2014 and at a time when the South African economy had already begun to stagnate. “I have not been so lucky in terms of the economies of the countries to which I have been. I went to Brazil when there was an economic crisis. I went back to Europe and there was another big crisis. Now, I’m in South Africa and, again, there is an economic downturn. However, by taking on a challenging environment, you become stronger.”

He points out that the South African transport market is unique with the large number of truck brands that are present. This makes the competition much tougher.

“South Africa doesn’t restrict emissions like Europe, for example. It is the richest country in Africa, but with a low emission entry, so everybody comes here,” Impelluso says.

Despite the weak economy, Impelluso believes the South African transport industry could grow with easier access to finance.

“There are actually a lot of customers that would like to change the vehicles in their fleets, but they are unable to do so,” he argues.

For Impelluso, the joy of working in the transport industry is the relationships. He says: “The wonderful thing about the job is that when you sell a vehicle, you are selling mobility. It is our job to guarantee uptime to our customers and this allows us to build a long-term relationship with them.

His relationship with his team is, however, just as important. “To manage a team is the most beautiful thing you can do. For me, people make the difference. The performance of the company is always a consequence of the quality of the team,” Impelluso states. For 2018, he would like to continue building and improving the quality of the Iveco South Africa team and hopes to improve the level of service provided to customers.

He points out: “There is always space to improve. Providing the best possible aftermarket service during a slow-moving or stagnant economy is the best way to ensure that we are looking after our customers’ businesses and making certain that we are their partners for sustainable transport.”

For anyone starting a career in the transport industry, Impelluso advises: “This is a tough sector and very competitive. If you are a person who likes challenges and innovation then this is a sector that will provide you with many opportunities. When I started working, I never thought of the transport sector. It was not my passion, but, after all these years, I can say I’m very lucky to have had all this experience.” 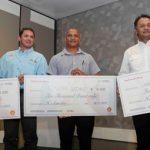 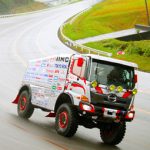