Aarto on its way? 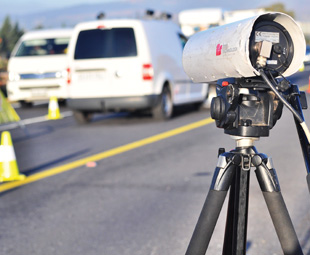 The Adjudication and Administration of Road Traffic Offences (Aarto) Act has been on the radar since 1998. Following the latest set of amendments, we are now assured it will come into effect in the next financial year. GAVIN MYERS finds out more.

Japh Chuwe, registrar and CEO of the Road Traffic Infringement Agency (RTIA), was given the unenviable task of briefing delegates, at the Southern African Bus Operators’ Association (Saboa) conference earlier this year, about the latest set of amendments to the Act and the implications for the industry.

It’s unenviable because 18 years have passed since the conception of Aarto, which means we’ve heard it all before. Nonetheless, following trial runs in the Johannesburg and Tshwane metros and taking into consideration input from organisations such as Saboa, the latest round of amendments were approved by cabinet in December 2015 and submitted to parliament.

Why another (fourth) round of amendments? According to Chuwe, it is “a constitutional imperative” to ensure a semblance of assurance to any traveller that they will arrive safely at their destination … “The amendment bill seeks to address all the challenges that we face and to ensure that we come up with interventions that have proved, on an international level, to yield the best results,” he said.

Johannesburg and Tshwane drivers will be familiar with the point demerit system. For years now, traffic fines issued by these metros have indicated the number of points an offence would carry under the Act. 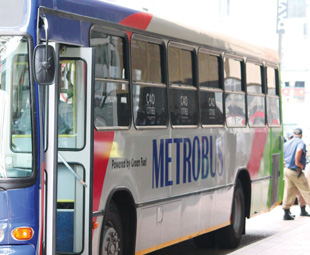 “I can assure you the majority of your drivers would be sitting without driving licences at this moment if we had already implemented the point demerit system,” Chuwe told the operators.

What about these rehabilitation programmes, though? As a result of international engagement and benchmarking, the idea is to change behaviour and instil a sense of responsibility in those who, by committing an offence, have caused injury or death.

The mechanism used will be community service, where the offender would either be involved in the rehabilitation of road crash victims at government hospitals, or involved in preparing the corpses of those killed on the road network.

While the delegates’ response could be described as one of shock, Chuwe noted that, to his amazement, not a single comment was against the proposal. “If there are people causing death, then maybe they need to be able to do penance for the grief they have caused to the rest of society,” he added.

Other amendments are aimed at eradicating inefficiencies in the administrative process.

The amendment has sought to repeal Section 21 of the Act, which deals with warrants of execution. This would leave issuing an enforcement order at the height of Aatro’s abilities. At the same time, the amendment seeks to do away with the listing of defaulters with the credit bureau. “We have an understanding of the socio-economic impact this has,” said Chuwe.

The introduction of an electronic method of service is another key amendment. While this does not seek to do away with any traditional form of service through registered mail, Chuwe says it allows for leveraging of technological innovations such as social media.

“The fact that you can serve somebody on any electronic platform has already been confirmed by the Supreme Court of Appeal, through a case that came from the Natal High Court. Therefore this is one of the key mechanisms that we want to use,” noted Chuwe. Furthermore, the idea is for infringers to interact with the RTIA on an electronic basis.

“All the vehicles and drivers that you have registered will be on our platform and as soon as they commit an infringement we will be able to alert you directly, electronically. This allows you to save money by dealing with each case at the earliest point and making the process easy to manage,” added Chuwe.

With the signing of the act into law expected to take place within the current financial year, FOCUS will be keeping an eye on the process and reporting on any further developments. 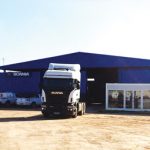 Prev A healthy challenge
Next Amarok to get V6 diesel 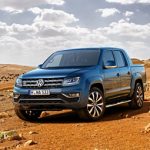