Calm amidst the storm

The earthquake and tsunami in Japan has struck a blow into the heart of the commercial vehicle industry the world over. However, on a local front, manufacturers are trying to get on with business as usual …


This will obviously be hard. As Dr Johan van Zyl, president and CEO of Toyota SA, noted at the recent launch of the revised Hino 700 Series extra-heavy duty truck tractor (more about that later), the earthquake and tsunami were tantamount to “the biggest disaster Japan has experienced after the Second World War”.

“The area affected by this tragedy is an economic hub; the composition of the GDP that is generated in that area is strongly slanted towards the automotive industry and the component industry,” he noted at the time. Incidentally, Van Zyl was in Japan immediately after the quake struck.

Of course, the huge tragedy is that of human suffering. “Some 27 000 people are dead, 18 000 houses have been destroyed and 5 000 houses were damaged,” he commented.

You will be able to read more about the impact of this tragedy on pages 26 to 29 of this issue of FOCUS. It is dire – largely because there are many component suppliers that have been negatively impacted by the disaster. All over the globe, companies source electronic components, silicon chips and paint additives from this area of Japan. But, as Van Zyl noted at the Hino launch, “if there is one nation that can deal with this matter, it is the Japanese. If you look at how they have reacted and handled things, it is an example for everyone in the world. There is no looting or panic. People don’t take 20 bottles of water. They take one, so that everyone can have water. I think the world can learn from this. We can only respect and admire their value system,” he observed.

Van Zyl’s comments came as Hino prepared to unveil its latest (and definitely greatest) 700 Series, the highlight of which is its ZF-AS Tronic electronically-controlled, 16-speed, automated manual transmission. We have already tested the vehicle – read all about it on pages 24 and 25 of this issue of FOCUS.

The 700 Series’ two-pedal system incorporates an automatic start function and eliminates the need to operate the clutch manually, which makes life much easier for the driver and cuts maintenance costs into the bargain.  “This new feature takes the gear selection process out of the driver’s hands. We have taken the guesswork out of gear selection because, no matter whether you have the best driver in the world, he can never be 100% consistent once he has been on the road for a couple of hours and he’s tired,” explained Dewald Olivier, senior manager for Hino marketing planning & customer service.

Those models still using the ZF 16S 221 manual gearbox get a revised clutch, with a 430 mm single disc unit instead of the previous 380 mm twin disc type, with the aim of weight reduction. There is a transmission intarder as well as the Hino engine brake to assist in the stopping department.

A more powerful, 353 kW (480 hp) engine is now available too, with high torque (up to 1 157 Nm at 1 100 r/min) virtually throughout the engine speed range, which ensures strong acceleration and the ability to hold speed in hilly terrain. All the engines are the same basic six-cylinder unit of 12,9-litre capacity, with variations in turbocharging and electronic engine management to alter the power output.

According to Olivier, one of the most significant changes to the latest range is the move from a riveted to a bolted chassis. “This makes it easier to fit and exchange bodies. The use of a bolt up chassis has the benefit of increasing torsional stiffness,” he explained.

High roof models are added to the line-up in addition to the standard cab models. The new styling results in much larger cabin space with an extra 425 mm of inside roof height on the high roof model. “The maximum height of the high roof cab from floor to ceiling is 1,9 m, which is 210 mm higher than the standard cab. Very significantly, it means that the driver can stand upright in the cab,” commented Olivier.

The interior trim colour has been changed from blue to black and there is far more storage space than in the previous model.

Another new feature that will be appreciated by fleet operators is the standard fitment of a second fuel tank to provide a capacity in excess of 800 litres compared to the previous 400 litres.

The drive axles have not changed since the days of the Super Dolphin. “There is no need to change this feature – it is reliable and simple to repair,” Olivier commented.

According to Dr Casper Kruger, vice-president of Hino in South Africa, the engineers aimed to make the 700 Series environmentally friendly, economical, reliable and safe. “We are very pleased with the updated range and look forward to increasing our share of the extra-heavy segment of the SA market,” he commented.

Kruger said this was the first of a number of launch activities. “We will have a very busy year. At the Johannesburg International Motor Show (JIMS) in October, we will announce a significant new product. This is going to be a very exciting year for us.”

He stressed that Hino would not focus purely on sales. “We will continue to strive to improve our after-sales service. Selling is one-third of the job; providing parts and service is two-thirds of the job. It is our goal to be number one in sales, service and parts. We believe our product is up there with the best. If you can back it up with good support and a good dealer network, you have a winning recipe,” he noted.

Kruger also intimated that a significant announcement in terms of after-sales offerings would follow shortly. Naturally, you will be able to read all about it here, in the pages of FOCUS…

Congratulations to both; we are sure that they will do an exceptional job, as did outgoing chairperson, Unitrans Supply Chain Solutions CEO Frank Wagner. 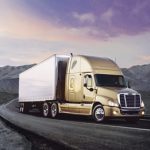 Prev Sustaining growth
Next A new Canter is born 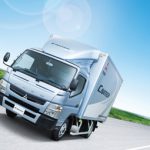