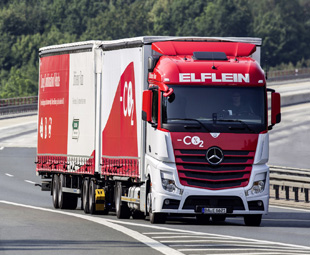 With the intention by the European Union to reduce CO₂ emissions by 30 percent by 2030, it is increasingly necessary to adopt new approaches – it is no-longer enough to focus exclusively on the tractor unit.

Consideration needs to be given to the trailer (for example, weights and dimensions, air resistance and lightweight design), tyres (for example, rolling resistance, air pressure and single tyres) and fuel (for instance, biofuel and natural gas).

The integrated approach also attaches importance to vehicle operation (such as driver training and cargo pooling), infrastructure and the issue of fleet renewal. The Efficiency Run has now demonstrated that such an integrated approach works in practice in a real-world situation. 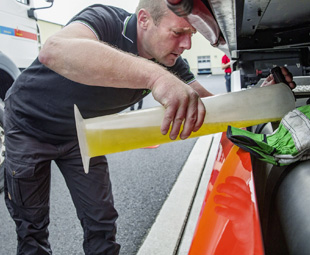 The series of tests were conducted by Daimler Trucks in cooperation with the leading German logistics companies DB Schenker Logistics, Grosse-Vehne and Elflein. They involved genuine freight being driven on genuine routes under realistic conditions.

The tests were supervised in detail by the DEKRA testing organisation, which laid down the test conditions, carried out the measurements and evaluated the results.

“We have proved that if we want to further reduce both fuel consumption and CO₂ emissions significantly, we need to look beyond just the engine,” states Wolfgang Bernhard, member of the Board of Management of Daimler AG responsible for Daimler Trucks & Buses.”

He adds: “We must widen our focus to include tyres, semitrailer and other key components. This is the only way in which we can achieve our objective in an affordable manner.” 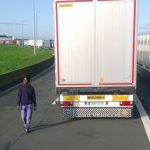 Prev Truckers under attack!
Next Lessons from (and for) London! 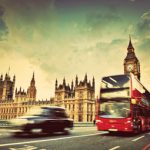