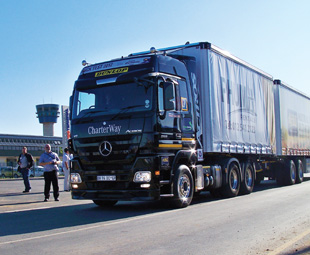 It was a record-setting test, with the highest number of trucks participating in such an event that our country has ever seen – showing South Africans and the world that our transport industry and its various manufacturers are capable of great things. And Mercedes-Benz Trucks SA was one participant that played its part in this reshaping (or should I rather say confirmation) of perceptions.

According to Kleynhans, the number one highlight for the company was being able to show the industry and the world that everyone at Mercedes-Benz Trucks is one team. He says this was confirmed by the company’s vice president, Kobus van Zyl, driving the Mercedes-Benz’s Actros 2658 during the test (you can read his thoughts about the test on page 31).

Kleynhans says Truck Test 2012 was very successful for the company since the vehicle performed in line with all expectations. “We also achieved the goals we set for the test. The company received fantastic brand exposure during the event, which is always good for us as a manufacturer.”

Demonstrating that Truck Test 2012 not only set benchmarking standards on vehicle fuel efficiencies and the time a Johannesburg-Durban (and return) run should take, but also created brand and vehicle safety awareness.

It’s clear that Truck Test 2012 delivered benefits to not only Mercedes-Benz, but the transport industry as a whole. Now the anticipation is growing again! We will have to wait and see what the next test will have to offer and what additional benefits it might hold for the transport industry. A tall order to fill, considering this success of Truck Test 2012. A firm foundation has been laid, paving the way for great things ahead.

Posts by Focus on Transport
Prev What happens when you kill a road?
Next Long-distance gas-fuelled trucking 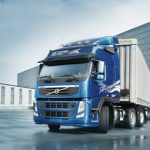