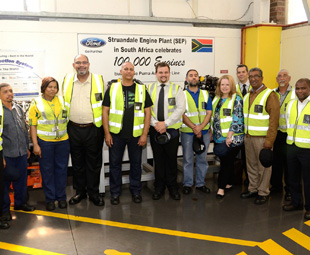 Last week, United States (US) Consul General Teddy Taylor visited the Ford Struandale Engine Plant, where he confirmed his support for growth initiatives and creating broader trade relationships for the automotive industry in the Eastern Cape.

Taylor and economic officer Inga Heemink were given a tour of the Struandale Engine Plant’s component machining and engine assembly lines, and were impressed at the high level of sophistication deployed at the facility.

Taylor highlighted the need to focus on creating a stable business environment and fulfilling the objectives of the African Growth and Opportunity Act (AGOA). “AGOA is extremely important for South Africa and for the US, because it gives our trade relationship some structure. We would like to develop a broader trade relationship, along the lines of what we have with some of our larger trading partners, to develop the industry further,” he commented.

The Ford team also received praise for its far-reaching social upliftment projects. Last year shipping containers were transformed into houses for poor families in the Vastrap informal settlement in Port Elizabeth, as part of Ford’s annual Global Week of Caring.

John Cameron, plant manager of Struandale Engine Plant said: “We have entrenched the Struandale Engine Plant as a global centre of excellence for the Ranger engine machining and assembly. Last year, we began our first-ever exports to the US with the commencement of engine assembly for the Ford Transit produced in Kansas City, and this was a key development in forging a closer relationship with the US.

“Consul General Taylor highlighted the local industry’s main challenges as labour unrest, energy supply and legislation, and these are, indeed, our biggest stumbling blocks towards growing our capacity and remaining globally competitive,” Cameron continued. “We look forward to working closely with the embassy to create a platform that will maximise growth and investment opportunities in the region.” 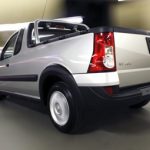 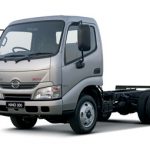