How many more years do the “planners” need? 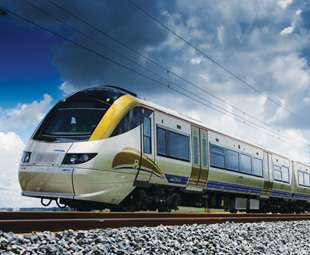 Sifting through thousands of pages going back to 1963, one thing becomes clear – South Africa is not, and has never been, serious about public transport. If the promises made in 1993 had been acted upon then, there would have been no need for either the Gautrain or a fourth lane on the freeway.

It’s good to hear that double-deck Chinese-sourced trolleybuses have been chosen as the preferred option for the Moloto Road. OK, that was a lame April fool’s joke, but in view of our financial distress, I think the trolleybus is a serious contender for the job.

Nonetheless, here’s a quick quiz based on four media reports, all of them dated January 27. Which quote is the odd one out?

1. “… the subsidisation of the taxi industry could result from the government’s recognition yesterday of a new, unified taxi organisation … it was unfair that buses and trains were subsidised by the state, but not taxis … we cannot afford to have a situation where only bus and train transport is subsidised, the minister said.” (Business Day)

2. “I don’t want to see the headlines in the media saying we are funding public transport for the rich, taking away from other public transport funding.” (Gauteng MEC for transport, Ismail Vadi at the opening of bids for new Gautrain coaches – The Star)

3. “ANC MPs tore into Opposition to Urban Tolling (Outa) chairman Wayne Duvenhage yesterday over e-tolling, questioning why he insisted on more consultation on the controversial scheme when this had been done.” (Business Day)

4. “… an estimated R46 billion has been added to the provincial economy, due to property development induced by Gautrain. This has created 245 000 jobs.” (The Citizen)

The odd one out is number one – it dates from January 27, 1993, when Dr Piet Welgemoed was still the minister of transport. The other three are from 2016 – 23 years later to the day. So, let’s revisit these.

Quote 2: Sorry to say, but that is precisely what is happening. MEC Vadi needs to explain why Annexure F remains absent from the website of his department’s 25-year transport plan. While Gauteng lacks a public transport plan, no ad-hoc funding should be given to any project whatsoever.

Quote 3: Outa doesn’t need my support here – it can look after itself – but it is worth repeating Carol Paton’s remarks in Business Day (August 17, 2015): “The (toll road) consultation process … cannot be described as anything other than a sham. In the case of road tolling, the sham is built into the legislation that governs it.”

That comment also applies to public transport, where a shamefully watered-down Land Transport Act allows billions of rand to be spent on phoney public transport projects like the Gautrain and bus rapid transit (BRT).

Quote 4: The meaningless phrases “creates jobs” and “adds to gross domestic product (GDP)” are part of the reason why the South African economy has descended to near-junk status. We have now tolerated 16 years of spin from the Gautrain’s promoters, and its contract researchers. In a financial squeeze such as the one South Africa is facing now, let’s rather try to develop some property around existing Passenger Rail Agency of South Africa (Prasa) stations. How about decking over the Braamfontein staging yards?

Bogus “integrated transport master plans” are found all over the world. One example is that of Lahore in Pakistan. Writing in the newspaper Pakistan Today (March 3, 2011) Hassaan Ghazali, a consultant on public policy, discusses three reasons why the master plan there hasn’t worked.

First, there are the “actual citizens of Lahore … who no one really listens to”. Second are “our good friends at the National Engineering Services of Pakistan (Nespak), who would like nothing better than to pour concrete all over the country”.

Third, “our leaders can’t get by without ad hoc announcements to gain political mileage”. Sounds familiar, doesn’t it?

It isn’t only developing cities that experience this problem. Writing in the magazine Australian Transport (September, 1987) Walter Penzias, a lecturer in urban traffic systems, described the situation in Sydney as follows: “We are so accustomed to an appalling level of service in urban transport. We rarely think of what is achievable using only well-proven technology and our existing human and material resources … only minor changes could reduce the needed car population of Sydney to half the present number, or less.”

Perhaps things have improved in Sydney during the past 30 years, but these comments neatly fit the present situation in South Africa.

Instead of addressing our public transport problems by rationalising existing subsidised services, our public representatives either make jokes about the situation, attack citizens who want answers, or make sweeping claims for underperforming schemes like BRT and the Gautrain.

Do we plan to do something about it, or do we tamely give our transport “planners” another 30 years to fiddle around with the problem? 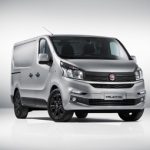 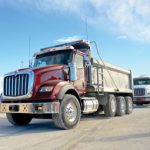