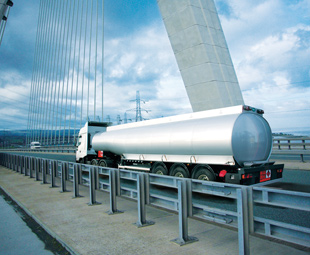 At some time or another, we have all experienced being delayed by a jack-knifed or over-turned truck blocking  the road. STUART MOIR explores some of the factors behind commercial truck accidents and hazardous goods spills.

When exploring the cause of accidents, people are quick to blame truck drivers, William Goibaiyer, dangerous goods adviser and consultant for Hazchemwize,  maintains. However, the storage, manufacturing, and transportation of chemicals are,  by their very nature, accidents waiting to happen. The impact of chemical accidents can be deadly for humans and the environment, placing added pressures on dangerous goods vehicle drivers.

Yet, as Goibaiyer points out, in most cases members of the public don’t appear to know the safety precautions that should be adhered to when a truck carrying hazardous materials crashes. The tendency is for them to ignore the dangers involved, approaching the vehicle to find out whether what it’s carrying is worth looting.

“Public awareness of these issues is superficial at best. Government needs to play a role in educating the public, as we do with our drivers,” he says, adding that the average  man or woman on the street doesn’t even understand the meanings of the various signs and markings dangerous goods vehicles display. If public awareness of these issues was heightened, people would be better placed to respond appropriately at the scene of an accident and contact emergency services, behaving cautiously around the accident site.

In the United States of America (USA), according to the National Highway Traffic Safety Administration (NHTSA), while trucks are less likely to be involved in crashes overall, they are nevertheless more likely to be involved in fatal crashes. Goibaiyer believes that the reason for lower truck incidents – at least in the USA – is because truck drivers love what they do and actually want to drive, while passenger car users are only in their cars to get to work because they have to. This points to driver error as a major factor in both commercial truck and passenger car accidents.

In order to handle the dangerous cargos they transport, hazardous goods vehicle drivers require even more training than the drivers of other commercial vehicles. Goibaiyer says that the various courses Hazchemwize provides its drivers equip them with skills far beyond the basics of driving heavy trucks. “We have launched a programme to monitor drivers, making sure they are getting enough sleep and are living a healthy lifestyle,” he adds.

The living conditions of Hazchemwize truck drivers on the road have been significantly improved by ensuring they have sleeping bags, toiletries and washing utensils. In Goibaiyer’s view, “If we change the driver’s behaviour, we change his driving behaviour.” A change in driving behaviour improves the safety of drivers on the road as well as that of other road users, largely because truck drivers are better rested.

“Operators need to take responsibility for incidents involving trucks,” continues Goibaiyer. “Everyone blames the driver, but there are often underlying reasons for the accident. These include road conditions, trailer load, and equipment safety. None of these are directly related to driver error, but are rather the duty of the operator to address,” he explains. “There needs to be a clear procedure for the loading of cargo and ensuring that companies are complying with load specifications for road safety.” 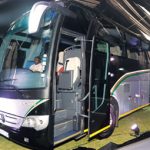 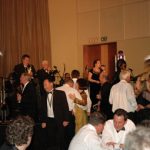