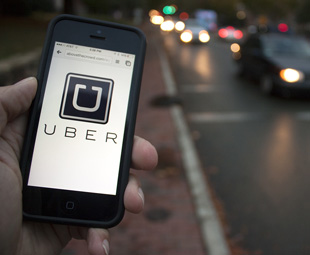 Uber, taxis, trains and bus companies will be the focus of a market enquiry into land-based public passenger transport being organised by the Competition Commission, which has been given the green light to commence on June 17.

According to Jason van Dijk, director at Norton Rose Fulbright, and candidate attorney, Nikita Kekana, the Competition Commission says it has reason to believe that there are features within this industry that may be preventing, or restricting, competition.

The Commission will focus its inquiry on land-based transportation, including app-based taxi services such as Uber and Taxify, as well as the taxi and bus sectors.

“This emphasises the need for a healthy, competitive market to ensure that commuters have access to a variety of different transport options on their route, at affordable and fair prices.

“There have been numerous complaints to the Competition Commission about excessive pricing of public transport. Service providers have complained about sections of the industry having unfair restrictions and regulations placed upon them, which makes them unable to effectively compete with other modes of transport that remain unregulated,” Van Dijk and Kekana say.

Price-setting mechanisms and regulation across the different modes of transport, as well as route allocation and allocation of operational subsidies, will be focal points of the Commission’s inquiry.

“Currently there is a lack of uniformity in the allocation of state subsidies. For instance, Gautrain, Metrorail and commuter buses receive significant governmental funding, while the only form of subsidies that minibus taxis receive is the recapitalisation grant. This creates an imbalance in competition, where subsidised carriers are able to charge lower prices than their competitors who do not receive subsidies.

”The Commission has also recognised that there is a lack of uniform regulation across the different modes of transport. For instance, Uber regulates its own prices using its mobile application, while metered-taxi prices are set by the Department of Transport. This unfairly restricts certain parties from being able to change their prices and compete with other modes of transport,” note Van Dijk and Kekana.

“Although the Commission will investigate the industry as a whole rather than any specific potentially prohibited conduct on the part of a particular market player, it can initiate investigations into alleged anti-competitive conduct, should the inquiry uncover any such behaviour.

Experience from past market inquiries shows that this is likely. For instance, the recent Liquid Petroleum Gas inquiry led to the Commission launching more targeted investigations. The penalties for firms found guilty of collusion and certain other anti-competitive behaviour is up to ten percent of their annual turnover, as well as individual criminal liability for certain contraventions, which can result in jail time for managers of up to ten years,” they comment.

After conducting the market inquiry, the Commission will issue a final report, which is likely to contain recommendations to government on how to address the concerns identified by way of new laws.

“Stakeholders involved in the passenger public transport sector ought to carefully monitor and actively participate in the Commission’s inquiry proceedings, so as to ensure that appropriate and meaningful measures are put in place to address any features of the market that negatively impact on its competitive environment,” the attorneys conclude. 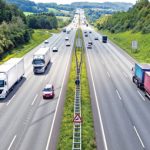 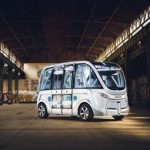