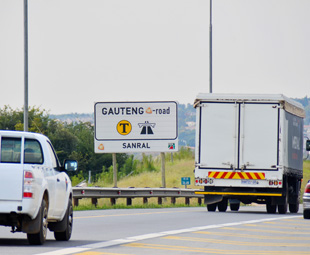 You might be growing tired of reading about e-tolls and the South African National Roads Agency Limited (Sanral) – but, as Justice Project South Africa (JPSA) has noted in a media statement, the Agency’s head doesn’t appear to know what its tail is doing: landing it in the headlines again …

JPSA’s remark follows Sanral’s denial that it has commenced issuing final demands and summonses – as reported on the “Human IPO website: the Agency’s “retaliation” against a previous statement where JPSA notes that the Sanral Violations Processing Centre has started sending out e-mails that clearly state: “A final demand has been issued in regard to your e-toll Violations Processing Centre (VPC) Account” and “A summons has been issued”.

(The e-mail messages were received, by a company that allegedly has an outstanding e-toll bill with Sanral, in two separate e-mails – sent on May 2, within seconds of one another.)

However, as JPSA points out, the statements made by Sanral’s Vusi Mona that “Sanral has not issued final demand invoices, however, we have issued communication as final reminder of outstanding payment” and “We also have not requested any summons to be issued by the National Prosecuting Authority” are somewhat worrisome. If this is true, then it simply means that the Sanral VPC is lying to people in its e-mails.

“This constitutes both unreasonably excessive conduct and intimidation, on the part of the VPC, since it has made threats and statements of the fact in its e-mails, to the effect that ‘a letter of demand has been issued’ and ‘a summons has been issued’,” JPSA points out. “These e-mails were indeed received by a company on May 2, and there is no denying this fact.”

JPSA adds that it verified and confirmed that the e-mails originated from bulkmail.tmtservices.co.za and that it wouldn’t have put out its original release prior to checking the authenticity of the e-mails. “We understand that TMT Services, a Kapsch-owned company, is responsible for running the VPC.”

JPSA continues: “Whilst it is not unusual for TMT Services to engage in intimidation tactics and stray from the truth in order to achieve its objectives, there are laws prohibiting such tactics, but, for some reason, TMT Services and others don’t seem to be of the opinion that laws apply to them.

“If what Sanral says about not having issued any final demands or having approached the National Prosecuting Authority for the issue of summonses is true, then surely TMT Services can be said to be deliberately lying to members of the public in the intimidating e-mails that it sends to them?” 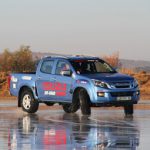 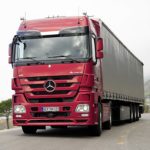